Box Office > Raya and the Last Dragon is No. 1 for third weekend in row 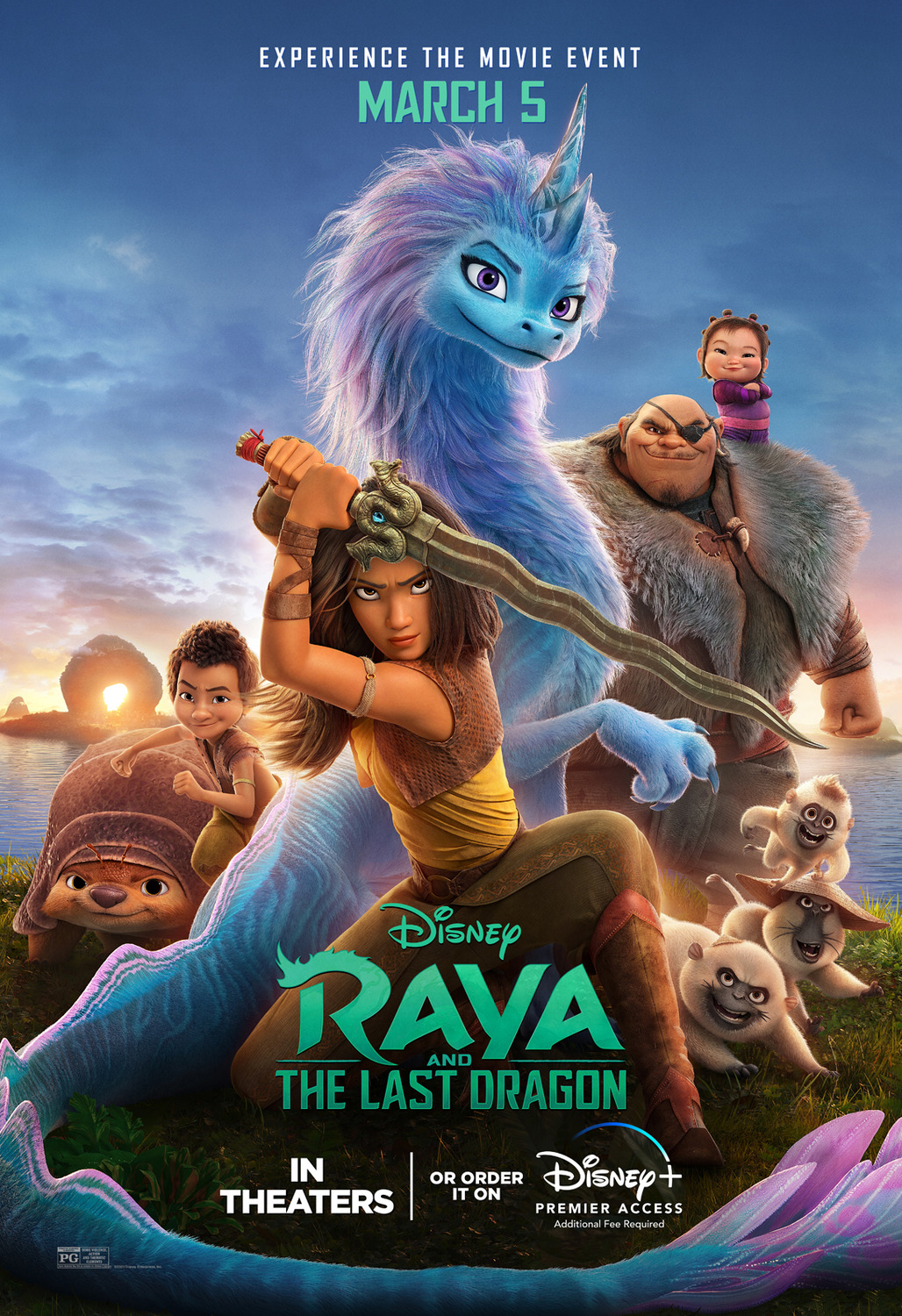 Although there was one new wide release in US theaters this weekend, the animated Disney film Raya and the Last Dragon retained the top spot at the box office for the third weekend in a row.

Raya and the Last Dragon kept going strong despite the COVID-19 pandemic, taking in an additional $5.2 million for a three-week total of $23.4 million.

Also retaining its spot from last weekend was the live-action/animated film Tom & Jerry, which remained in second place, earning an additional $3.8 million for an impressive four-week total of $33.7 million.

Debuting in third place was the spy thriller The Courier, starring Benedict Cumberbatch. Despite less showtimes per location than many other recent wide releases, it earned $2 million in 1,433 theaters.

Chaos Walking starring Tom Holland and Daisy Ridley fell one spot to fourth place during its third weekend in theaters, taking in estimated earnings of $1.9 million for a total take of $9.7 million to date.

Rounding out the top five again this weekend is The Croods: A New Age, starring the voices of Nicolas Cage, Emma Stone and Ryan Reynolds. The family-friendly animated comedy earned an estimated $620,000 in its 17th weekend in theaters, bringing its total domestic haul to an impressive $55.2 million. ~Alexandra Heilbron