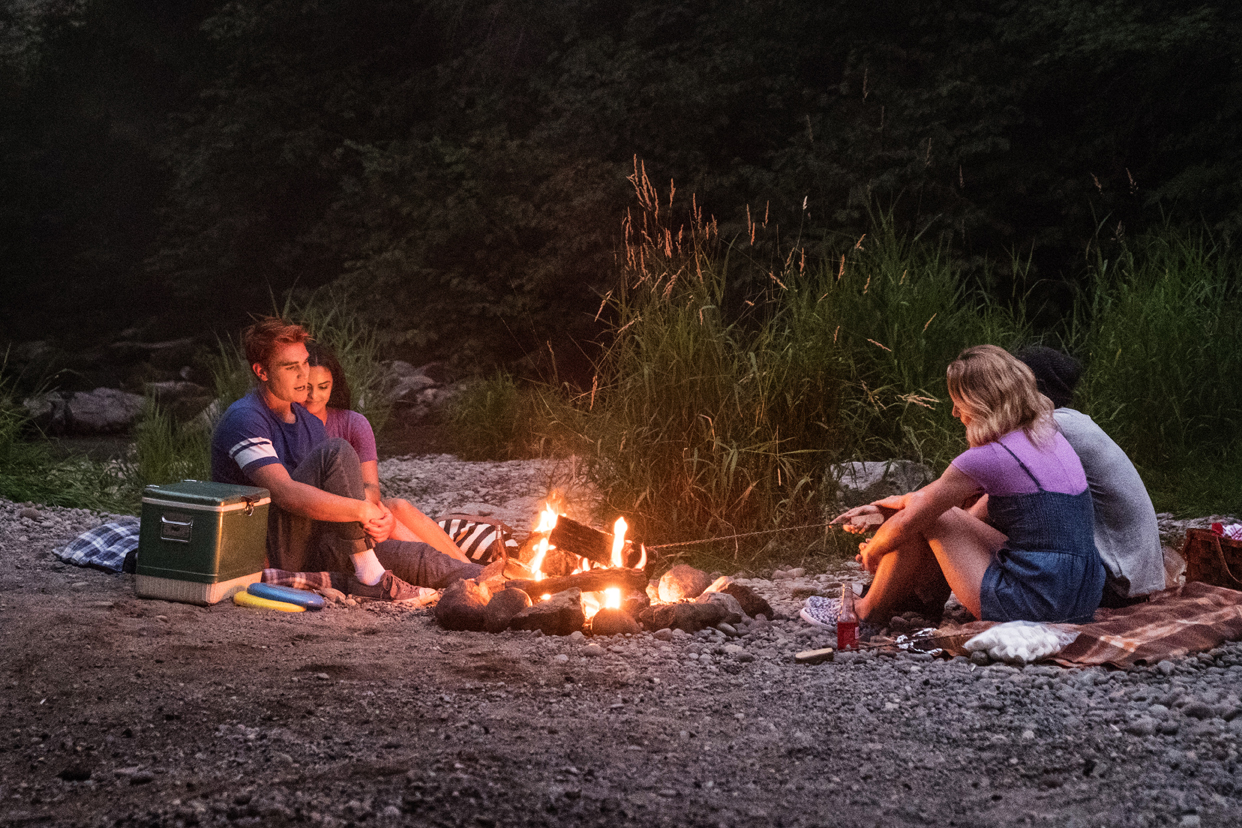 Welcome back from summer vacation, Bulldogs!

I’m Yanis Khamsi. I have a Peter Pan complex, and I refuse to acknowledge the harsh realities of life that would probably make me a better person and a more positive influence on the world. And so, I find solace by dulling my brain with the blue light of television.

Over the course of the third season of Riverdale, I will guide you through the sweet waters of the “core four’s” junior year. Like a bridge over sweet troubled water, I will lay me down… on my couch.

And so without any further ado, let’s do what Archie (KJ Apa), Veronica (Camila Mendes), Betty (Lili Reinhart) and Jughead (Cole Sprouse) did and dive right in.

It’s Labor Day Weekend in Riverdale, and Archie Andrews is on trial. The trial is for the murder he didn’t commit in season 2, but the prosecutor reminds us of several of Archiekins’ previous iniquities. Archie unnecessarily assaulted Nick St. Clair as Nick lay defenseless in his bed with two broken legs. Archie also created the vigilante groups the Red Circle and the Dark Circle, who committed serious felonies including assault and arson.

Archie really creeped me out in season 2, and while I’m glad he’s being held accountable for all of this, a part of me wishes we could put the overly dark elements of season 2 behind us. Why couldn’t Archie’s lawyer/mom (Molly Ringwald) get Archie out of this? Why did Archie need to plea guilty? He could have just put this whole ordeal behind him and resumed his rightful destiny: being Riverdale High’s student body president.

I don’t want a gang war, I want to see these children grow.

On that subject, I am incredibly proud of Veronica. She went from being daddy’s (Mark Consuelos) spoiled little girl, to spending the summer working at Pop’s. In a lot of ways, Riverdale is her story. She went from being a bully at her old school in New York, to consistently calling people out on their shit — even her own mother in this week’s episode! By being willing to face harsh truths and confront people without fear of reprimand, Veronica is undoubtedly the most three-dimensional character on Riverdale.

Contrast Veronica with previous teen-drama female leads. Blair Waldorf (Leighton Meester) on Gossip Girl showed promise, but what always stopped me from being smitten with her was how vainglorious she was. What kind of an example does that give to impressionable young viewers? That being “Queen B” of your high school and having sexy rich guys falling at your feet is the key to happiness?

Contrast that with Veronica, who openly embraced Betty and made a concerted effort to be her best friend. Remember folks, it was Veronica who pursued Betty’s friendship, not the other way around. Veronica could have submitted to Cheryl (Madelaine Petsch), Riverdale’s “Queen B,” in season 1, especially when you consider Cheryl was captain of the River Vixens and Veronica was eager to join the cheerleading squad. It’s not like Betty was the most popular girl in school — in fact, there’s no evidence she had any friends other than Archie (and Jughead by proxy) before Veronica’s arrival. And yet Veronica rejected the instant gratification of popularity, and the social pressure of wanting to be accepted by the cheerleading squad, to stand up for Betty Cooper. Now THAT’S a role model!

But why did Veronica do this? Some could argue it comes from a sense of moral superiority. “Let me befriend the loser girl and bless her with my friendship.” That’s a legitimate argument, but one that can more accurately be attributed to Veronica’s patronizing olive branch to Ethel (Shannon Purser) in season 1. It should also be noted that Ethel saw through Veronica’s patronizing gestures, hell even Betty saw through V’s Magnolia Cupcakes stunt.

Veronica admires Betty because Betty is motivated by strong convictions, and this is a quality Veronica has increasingly demonstrated. I actually think their friendship was consolidated when Veronica refused to tell Betty what she wanted to hear when Archie romantically rejected Betty in season 1. Rather than telling Betty “Oh honey, it’s his loss. One day you’re gonna find someone who loves the real you, and Archie will come RUNNING!” or some other bs, Veronica tells it like it is: the people we like rarely like us back, Archie isn’t obligated to do anything and Betty needs to accept that and move on.

And that brings me to Betty. I think self-denial is an ongoing struggle for her. She’s been pretending to see “Dr. Glass,” a made-up doctor to justify falsified prescriptions, and taking way too many meds to realize her mother and sister have fallen into the vice grip of a cult. I think the meds are just another one of Betty’s coping behaviors. Before, it was driving her nails into the flesh of her palms, and then it was projecting her sexual desire for Archie onto Jughead, and now this. The only upside to these developments in Betty is that the tide will eventually come in, and it’ll be Hurricane Betty. I can’t wait to see what will undoubtedly be a spine-chilling performance from Lili Reinhart.

And yet, Betty does exhibit great qualities in the season premiere. Jughead and Archie are her best friends, and she’s spent the summer interning for Archie’s mother while juggling being Jughead’s Serpent Queen. I think Betty’s unconditional loyalty to her friends is what drew Veronica to her. Many of us shudder at the thought of a friend or lover being too clingy, but we need that feeling of security. Humans are tribe animals, and we need to know that someone has our back. Betty’s tenacity is what made Jughead break out of his shell in season 1. It’s what caught the Black Hood in season 2. It had an indelible effect on Veronica’s transformation in season 1, leading her to refuse to leave Archie alone in a heart-wrenching scene in the season 2 premiere.

It is through Betty’s influence that Veronica was able to stand by Archie’s side through his difficult summer, stand up to her wicked father and encourage her mother to do the same in the season 3 premiere.

As we move into season 3, I encourage any fans of Riverdale to ask themselves “What are the central themes of this series?” Leave your answer in the comments.

For me, the central theme, above everything else, is that while parental love is unconditional, it can sometimes be too forgiving while also being dogmatic and egocentric. Fred (Luke Perry) and Hiram don’t have much in common, but they both instilled their biases, as well as their flaws, onto their children. Fred was let down by his wife, and his friends FP (Skeet Ulrich) and Hermione (Marisol Nichols). As the Eagles would say, Fred is a hard one who’s got his reasons. But through his friends, Archie is offered a world of experiences. Some are good, and some are bad, but he’s able to grow beyond his father, as children are supposed to do. This is what makes the surrogate parenthood of friendship such a crucial part of this show. Veronica’s arc does it the best, but there’s potential for the other three leads (especially Jughead considering his rough upbringing on the south side) to have incredible arcs this season.

All of that being said, I’m still pretty disappointed with this week’s episode. It’s too plot heavy, and I recall writing in my season 2 finale review that the show needed to feel smaller.

Human beings need each other. We need to love together, and grow together. As Joni Mitchell would say: “All I really want our love to do is to bring out the best in me and in you.”

This week’s episode ended with levitating supernatural babies. This scene induced maximum cringe. It also reminded me of one of my favorite songs of all time, “Nature Boy”:

What did you think of Labor Day? Let me know in the comments. ~Yanis Khamsi 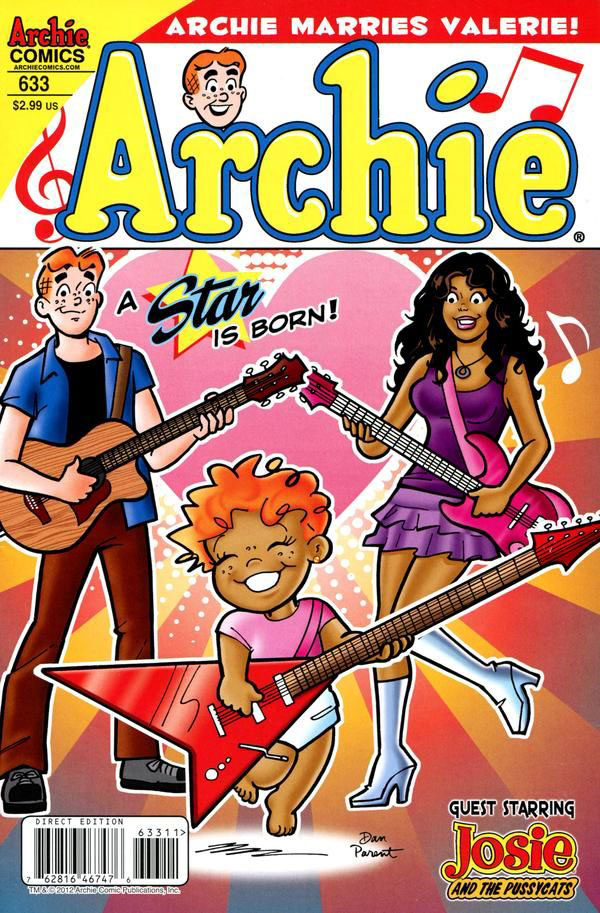