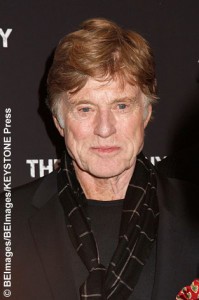 Although Robert Redford has been absent from the big screen for nearly six years, the 75-year-old actor  is making up for lost time with several projects, including his recently confirmed role in Captain America: The Winter Soldier. Redford will be joining Chris Evans (Steve Rogers/Captain America), Sebastian Stan (Sergeant James ‘Bucky’ Barnes) and Samuel L. Jackson (Nick Fury) in the Marvel universe as the head of S.H.I.E.L.D, an unknown superior of Nick Fury. At an event for his most recent film, The Company You Keep, Redford spoke about the superhero movie, saying, “I wanted to do something different. I wanted to do something just to be different. Something bold, different. And that felt like a good thing to do.” The sequel will be directed by Emmy-award winners Anthony and Joe Russo and is scheduled to release on April 4, 2014. ~E. Guevarra