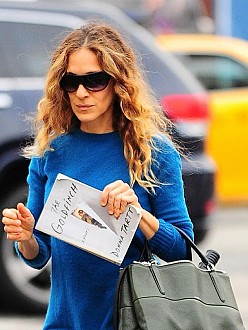 Sarah Jessica Parker hasn't got ''witch's hands." The former Sex and the City star was horrified by a recent inaccurate report claiming she'd had surgery to fix her skin, and its allegations made her feel physically ill. Speaking on US TV's Watch What Happens Live, she said: ''There was an article about my hands and how ugly they are and how I should go have cosmetic surgery to fix them and I have been contemplating the surgery, or I had the surgery. And then there was a really crude drawing of my hands as a witch's hands. Literally, I was in the car like, dizzy. I felt like I needed to be hospitalized. But it really got me to thinking. And here's what I think [sic]: I thought, 'Really? This is how low?' Like, we are now going to attack, to suggest an appendage is now worthy of ... it was so ridiculous. Here's the thing, we'll wrap this up - I love my hands.'' Sarah - who has children James, 11, and four-year-old twins Tabitha and Marion with husband Matthew Broderick - is known for her glamorous on screen image, but has previously told how, in real life, the practical aspects of being a mother don't always leave her time to spend on making herself look fabulous. She said: ''It's just not a reality - not when you have three kids and you go to the market and there are hungry people at home. You have a limited time to do it. There's just no time to let vanity enter into that.''