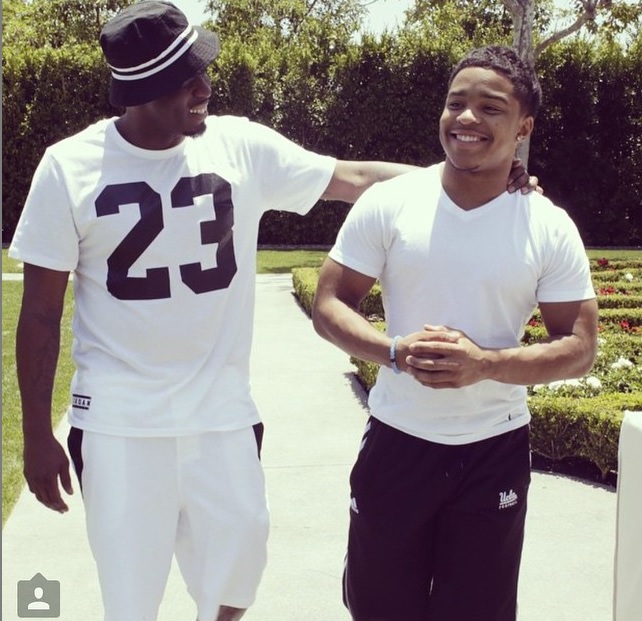 Sean “P. Diddy” Combs was arrested yesterday at UCLA following an altercation with one of the coaches where his son currently plays football as a red shirt defensive back for the school. The music mogul was take into custody around 12:30 p.m. yesterday afternoon.

UCLA head coach Jim Mora said this following the alleged incident: “I’m thankful that our staff showed the level of professionalism that they did in handling this situation, this is an unfortunate incident for all parties involved.”

Diddy later took to Instagram posting in a picture (at left) with his son with the caption “#FAMILYFIRST” written underneath.

Diddy was charged with three counts of assault with a deadly weapon, one count of battery and one count of making terrorist threats. He was later released on $160,000 bail and is due to appear in court July 13. ~Greg Chisholm