A day after appearing in good spirits on the red carpet at the TrevorLIVE event in Hollywood, Adam Shankman checked into rehab on Monday. A rep for the 49-year-old director said, "Adam Shankman is currently seeking treatment ... 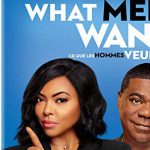 Tom Cruise organised treats for the ‘Rock Of Ages’ crew every week.The 49-year-old actor portrays Stacee Jaxx in the forthcoming movie musical and his co-star Julianne Hough found him a "super cool" person to be around because he was so cons…

TMZ has obtained a video of Miley Cyrus performing a graphic lap dance at age 16 at the wrap party for her movie, The Last Song. The people who shot the video say they were offended by Miley's dirty dancing, which included gy...

Alec Baldwin was so shocked when he was asked to host the Academy Awards he stopped to check the caller had the right number. The 51-year-old admits his career was flailing when he was offered a role in TV comedy 30 Rock. The...

Nominees for this year’s Academy Awards have been asked to prepare two speeches, one for the telecast and one for a new “Thank You Cam” backstage. Past winners have made long, rambling acceptance speeches, despite a ...

Rock of Ages to get big screen release

Rock of Ages, the Tony Award-nominated Broadway musical, is making its way to the big screen. It features music by bands such as Journey, Styx, REO Speedwagon and Pat Benatar. The Broadway cast includes American Idol fourth ...