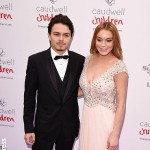 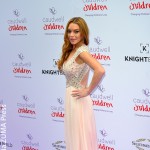 Lindsay Lohan says she is writing a book. The specifics of the book are unknown, but Lindsay says her book is inspired by her personal life and the struggles she’s faced. 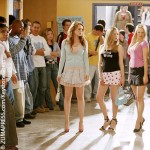 Fans of Mean Girls rejoice! Lindsay Lohan will make a special appearance tonight via Synaptop in Toronto. Click to see how you can watch Mean Girls with Lindsay!

Lindsay Lohan is suing an ex-business partner for $60 million.The 29-year-old actress along with her brother Michael Lohan Jr. are suing Fima Potik, 30, over a failed shopping app – the idea for which the businessman falsely said they stole.The lawsu…

Lindsay Lohan has undergone cryotherapy treatment. The 28-year-old actress has shared two images on her Instagram account of her and friend Brittany Byrd emerging from a chamber after receiving the treatment therapy, which involves entering a freezing cold room with the intention of reducing inflammation and pain in muscles…

Lindsay Lohan not on track with community service

Lindsay Lohan has fallen ”woefully short” of completing her community service. The ‘Mean Girls’ actress was ordered by a court in February to complete a further 125 hours of voluntary work by the end of this month after a Los Angeles judge criticized… 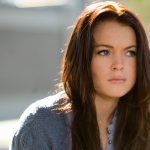 Lindsay Lohan has come a long way since The Parent Trap. She’s been circling from handcuffs to rehab with a brief role as an (alleged) jewel thief. Having previously been known as a rising star and “teen movie queen,” s...

Lindsay Lohan has been given new rules for her community service.The Mean Girls actress has been set new limitations on the amount of time she can spend completing her sentence each day, having previously been told to serve an additional 125 hours o…

Lindsay Lohan is ”giving up” men and going celibate for a year.The 28-year-old actress – who was horrified when a list of 36 former lovers was leaked last year – has told pals she is planning a ”emotional detox” as part of her plan to get her life…

Lindsay Lohan’s attorney is hopeful her community service legal woes will be over by next week after her latest hearing was postponed. The 28-year-old actress must wait until Wednesday to hear if prosecutors are satisfied she completed her …