Disney + > Spectaculars and shows return to Disneyland in California 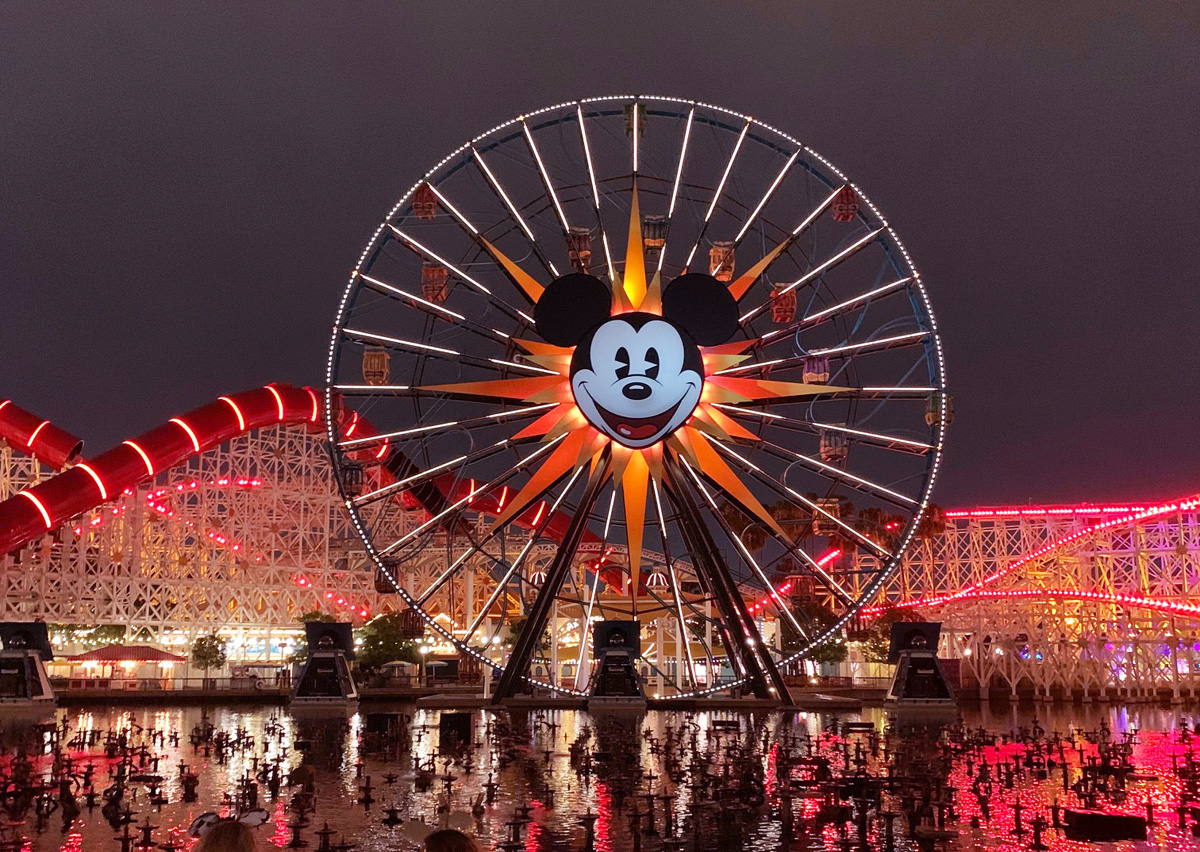 Spectacular shows Disneyland fans enjoyed before the pandemic hit in 2020 are once again available at the world-famous theme park in California. We were among the selected media invited to see what’s playing during a whirlwind four days packed full of fun at the park. Here’s a rundown of the shows and spectaculars playing now at Disneyland / Disneyland California Adventure Park.

Tale of the Lion King at Fantasyland – This 24-minute live show is narrated by storytellers from the Pride lands. They retell Simba’s rise to royalty using live music and dance. You’ll see Simba, Nala, Mufasa, Scar, Timon and Pumbaa and hear new arrangements of beloved songs from the movie, including “Circle of Life,” “Hakuna Matata” and “Can You Feel the Love Tonight.”

World of Color at Disney California Adventure Park – This show incorporates water displays, film, fireworks, music, fire and lights in a veil of mist at the World of Color Bowl. It plays at night so you can get the full experience of the spectacular display. The night I was there, there were plenty of reactions from the audience as scenes from their favorite movies popped up, including Johnny Depp, whose appearance as Captain Jack Sparrow prompted loud screams of delight.

Main Street Electrical Parade at Disneyland Main Street – A favorite since its debut in 1972, this spectacular is back for its 50th anniversary with a new grand finale. All your favorite characters from movies such as Encanto, The Jungle Book, Raya and the Last Dragon, Aladdin, Coco, Mulan, Brave, The Princess and the Frog and Pete’s Dragon ride by on floats, with plenty of music and half a million lights, making for an incredible experience. 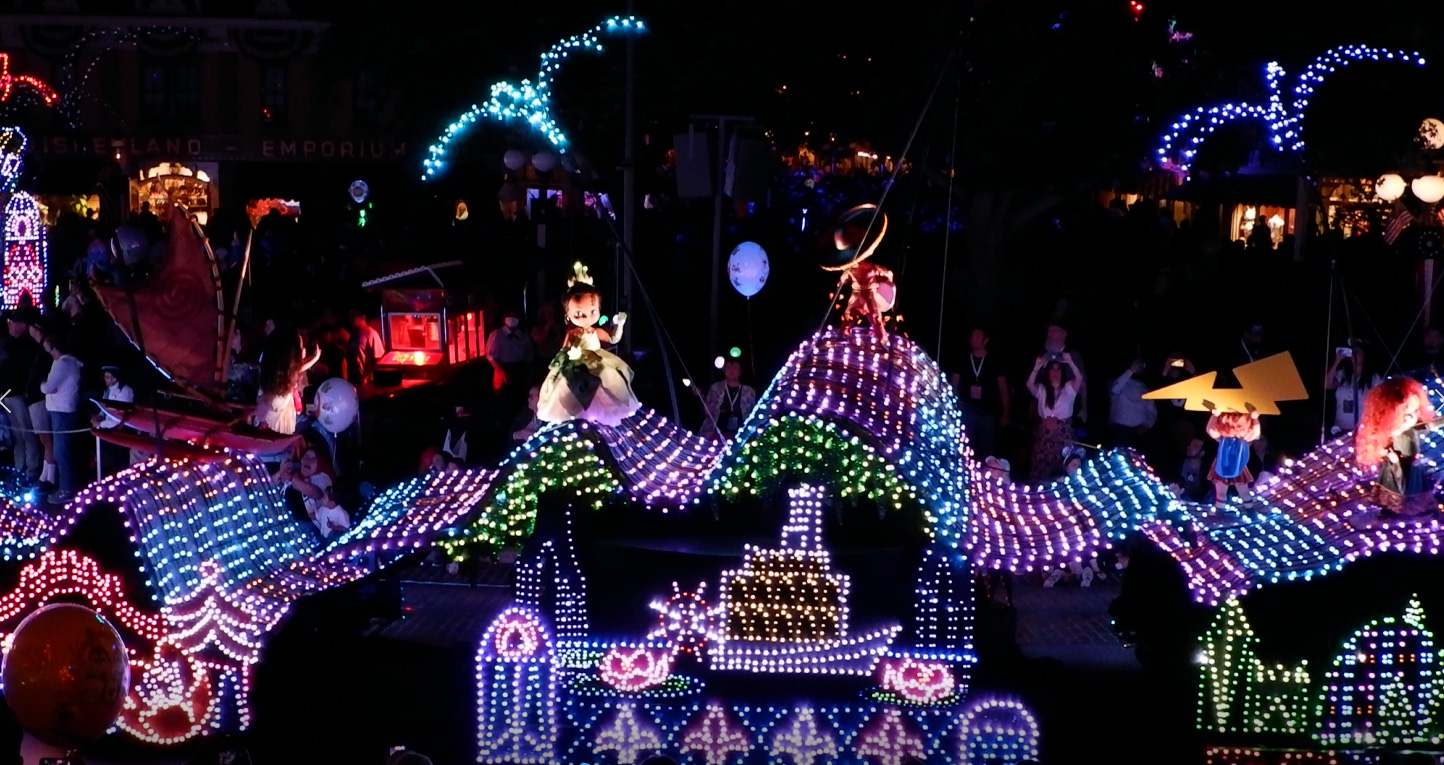 Dr. Strange: Mysteries of the Mystic Arts at Disney California Adventure Park – After the World of Color, we had plenty of time to get seats for this show at Avengers Campus. The actor playing Dr. Strange does a great job of joking with the crowd in a dry, Dr. Strange way. A recent addition to the show is the inclusion of America Chavez, who doesn’t actually help him in his quest, but trades some quips with him — before going off to get pizza. 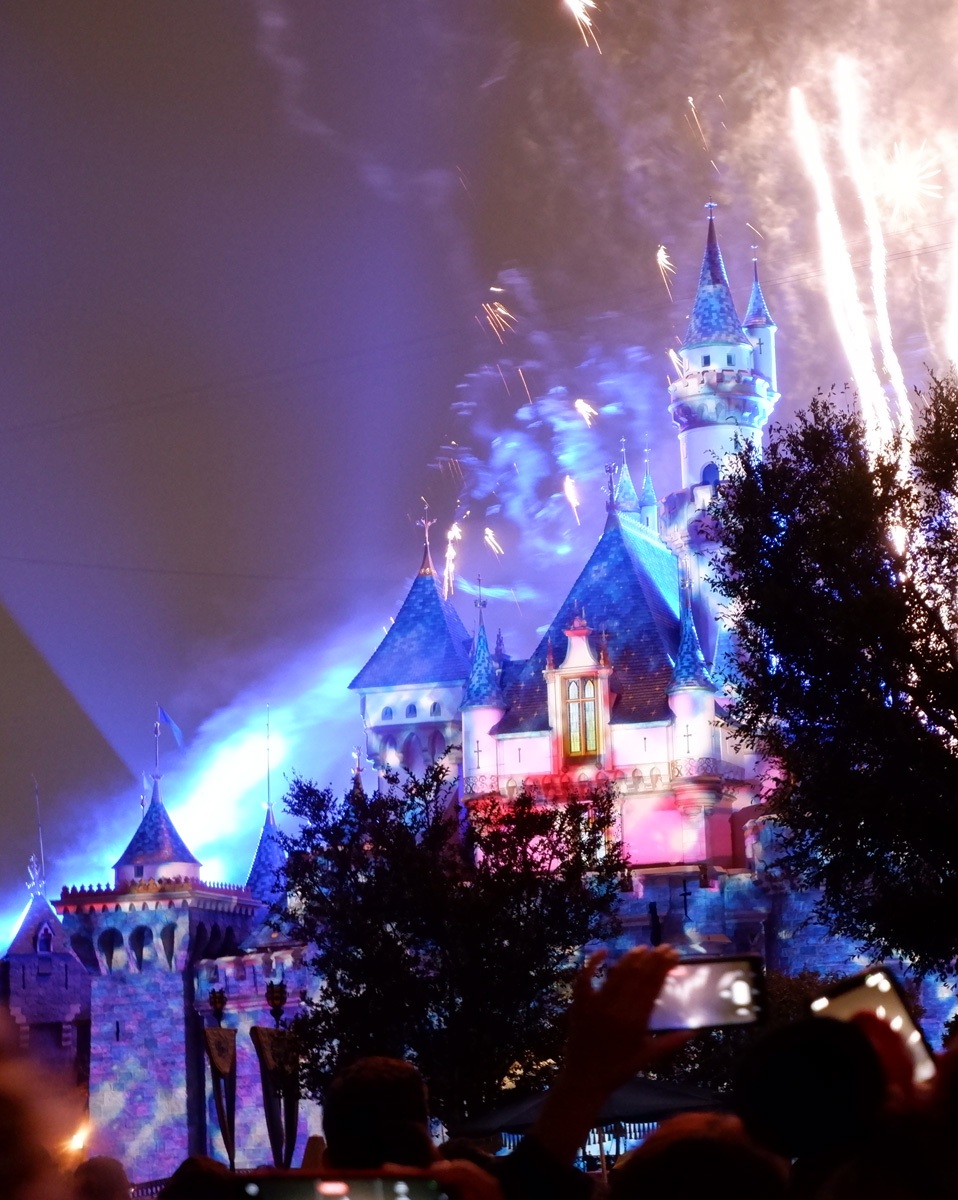 Disneyland Forever Fireworks at Disneyland – All of Main street is lit up in glorious colors for this spectacular and unforgettable show at the Sleeping Beauty Castle. This show always draws jam-packed crowds so be sure to come early to grab a spot. The show incorporates a mix of breathtaking pyrotechnics and jaw-dropping visual effects through classic Disney tales.

Soar over London with Peter Pan, stampede across Simba’s Pride Lands, dive down under the sea with Nemo and friends, and get caught up in a swirling snow flurry from Frozen! Naturally, you’ll be treated to your favorite Disney songs, including “Live the Magic” and “Kiss Goodnight” as the final song, which was written by Disney legend Richard M. Sherman.

Fantasmic! at Frontierland – This amazing show took place about 15 minutes after the Disneyland Forever Fireworks ended and we wound up getting front row seats on the waterbank at the Rivers of America in Frontierland. I found this to be the most captivating spectacular of all, because it incorporated not only film, water and lights, but both the Pirate ship and Mark Twain Riverboat, as well as floats. Starting on Tom Sawyer’s Island (now called Pirates Lair) in the middle of the river, the pirate ship floated by looking very spooky, followed by floats dedicated to Beauty and the Beast and The Little Mermaid and towards the end of the show, the Mark Twain Riverboat features all your favorite characters dancing on board, including Mary Poppins, Aladdin and his pals, Mickey, Goofy, Pluto, Donald Duck, every Disney Prince and Princess you can think of and even the Toy Story characters. It was breathtaking and a description and photos just don’t do it justice, it’s something you have to see in person to get the full effect. 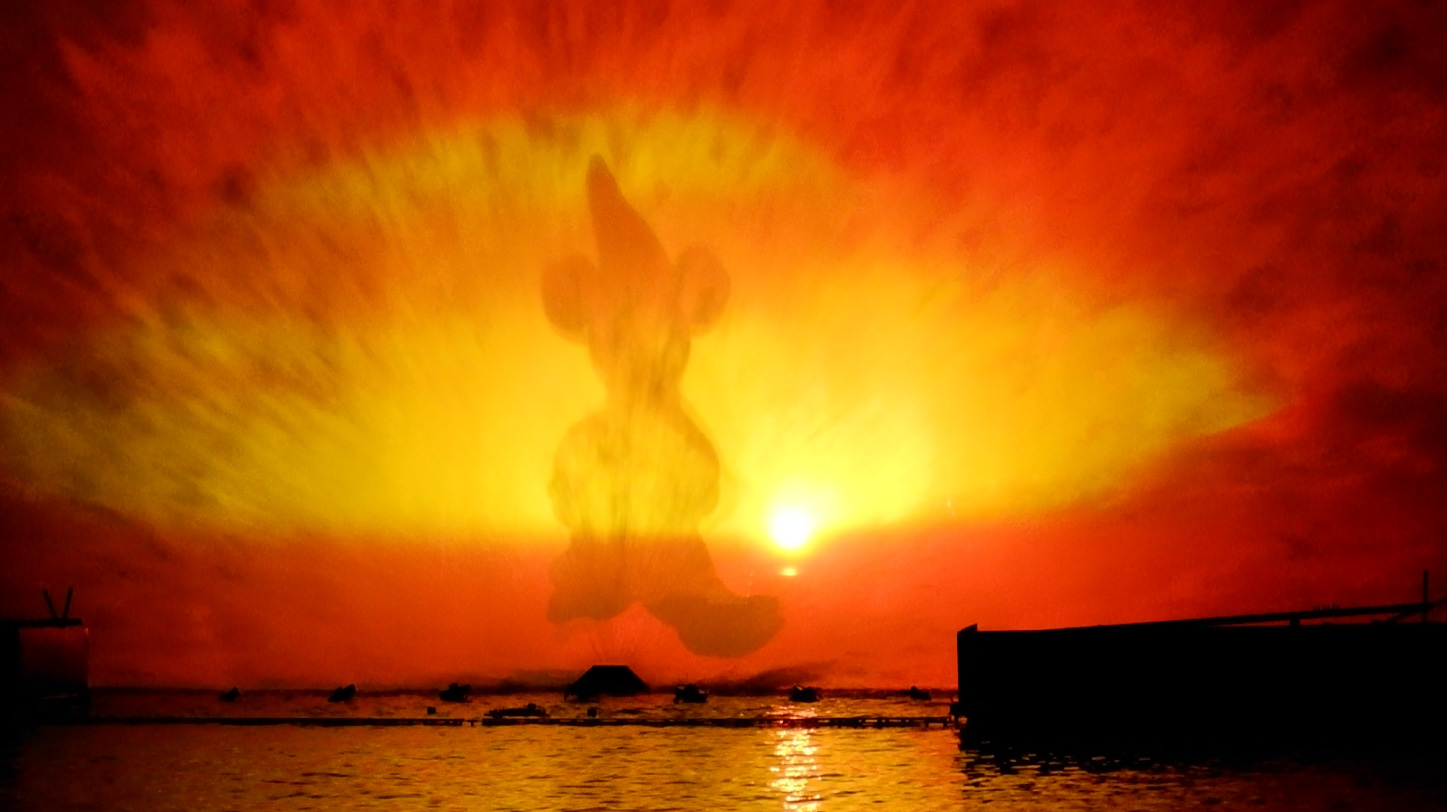 In the meantime, if you can’t plan a trip to Disneyland (or Walt Disney World in Florida) just yet, Disney Parks announced yesterday (June 15, 2022) that a special performance of the EPCOT nighttime spectacular Harmonious Live! at Walt Disney World will be streamed live on Tuesday, June 21 at 6 p.m. PT / 9 p.m. ET by clicking on this link. Currently the link goes to a preview of the show, and the livestream will start on June 21 at the time mentioned above.

Hosted by Tony Award-winning performer Idina Menzel (Frozen and Frozen II) with special guest Auli’i Cravalho (Moana), the live event gives viewers the best seat to one of the largest nighttime spectaculars ever created at Disney Parks. Afterwards, Harmonious Live! will be available on Disney+ in the U.S. and Canada for subscribers to stream anytime. ~Photos and article by Alexandra Heilbron

Spectacular shows Disneyland fans enjoyed before the pandemic have returned to the beloved, world famous theme park. Check out all the shows now playing. 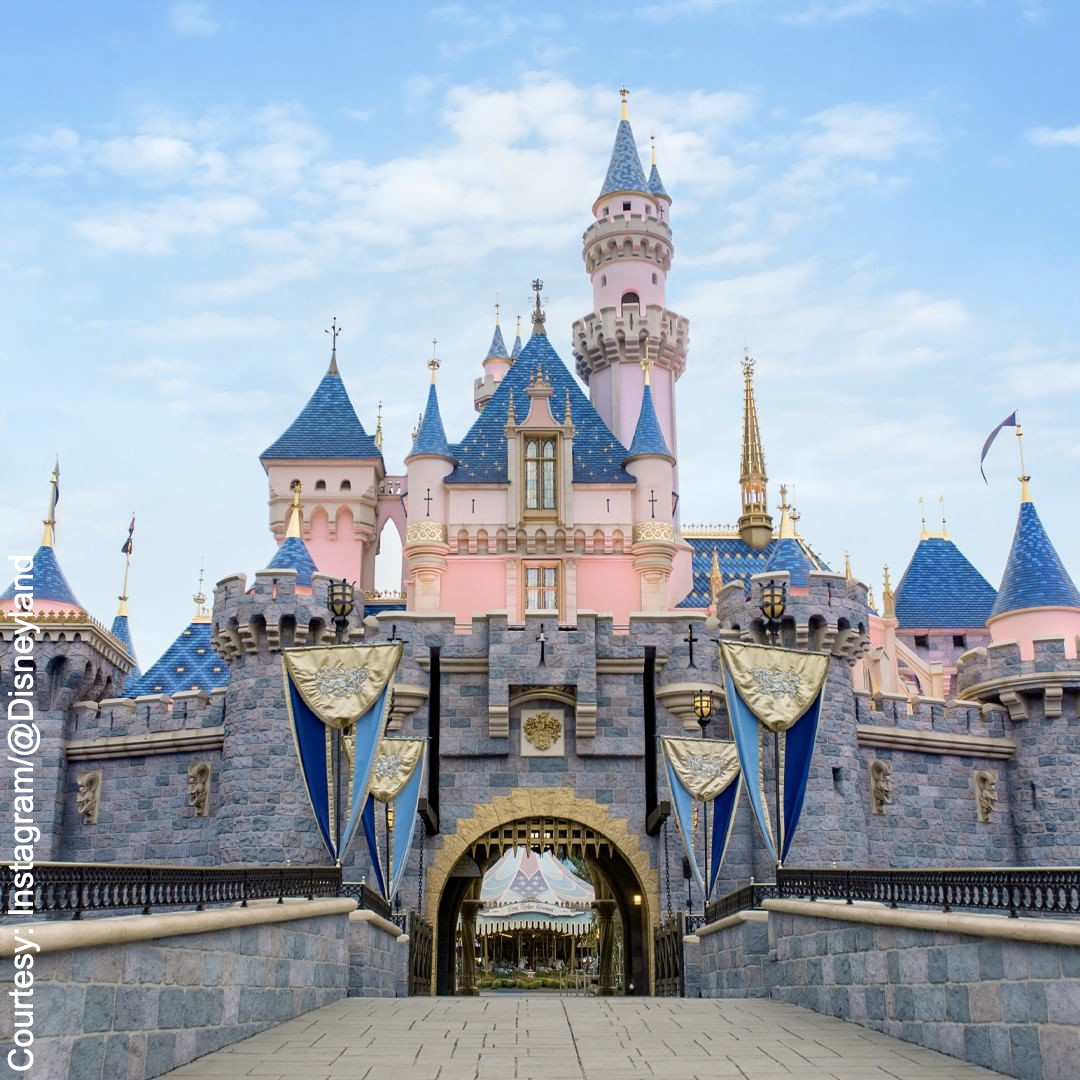