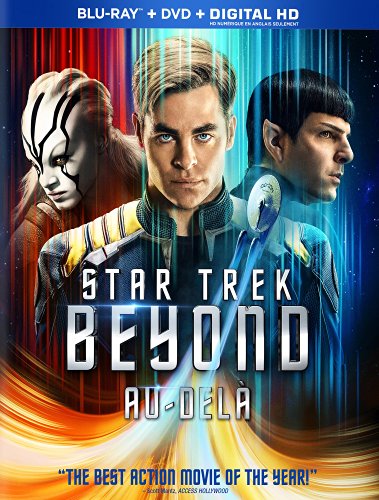 The third installment of the Star Trek trilogy, Star Trek Beyond, finds the crew of the Starship Enterprise going on a humanitarian aid mission when an alien shows up in obvious distress, pleading for help. From there, the action is almost non-stop.

This time around, director Justin Lin (Fast & Furious) takes over from J.J. Abrams (who left to direct Star Wars: The Force Awakens but remained hands-on as a producer) and Lin’s presence is strongly felt. The film moves fast and the stakes are high. There’s a decent amount of comedy as well for an action film. The credit for that is likely due to Simon Pegg (who also plays Scotty) and co-writer, Doug Jung, who crafted a slick script together.

This time around, the cast gets split up as they’re attacked on their rescue mission. As they approach the planet where they believe beings to be in distress, their ship is destroyed by a villain named Krall (Idris Elba). He wants an ancient artifact that, in a humorous scene at the beginning of the movie, Captain Kirk (Chris Pine) tries to deliver to another race as a token of peace. When the handover doesn’t go well, Kirk remains in possession of the ancient weapon. Krall wants it and will stop at nothing to get it.

In this third installment, we get a closer look at the relationship between the crew members as they wind up in pairs on the alien planet. They struggle to make their way back to one another in order to make sure all are accounted for before they can get away to safety.

I enjoyed the entire cast, who as they should, considering this is their third outing, seemed very comfortable together. My favorite character, however, was a new addition called Jaylah (Sofia Boutella). She’s a tough cookie who has lost her friends and family to Krall and she wants nothing more than to get away in one piece. She’s found an old Starfleet ship and wants Scotty’s help in getting it working so she can escape.

However, the team won’t leave anyone behind, which hinders her progress. She’s suffered for years at the hands of Krall and she doesn’t want to hesitate when her chance comes to escape. She’s a fierce fighter who never gives up — which is probably why she’s the only one of her team left alive — and that makes her fascinating to watch.

The special effects were also fascinating — the scenery was unbelievably spectacular. I couldn’t tell what was real and what had been added through CGI effects. The community of Yorktown — a floating ball in space that looks crafted of glass, but which houses stores, escalators, restaurants and apartments, appeared innovative and immaculate. It reminded me of a huge shopping center, an airport and a cruise ship all in one, but on an even larger scale.

This movie had a slightly melancholic feel to it. Kirk has grown tired of his position and is looking to make a change, while Spock is mourning the loss of Ambassador Spock (Leonard Nimoy, who passed away before filming). However, as the team grows stronger in order to combat Krall, there’s a healthy feeling of camaraderie that also warms the viewer’s heart. Most would love a support team like this — a group of people who have your back no matter what.

The special extras also focus on this — the featurette Beyond the Darkness: Story Origins features producer J.J. Abrams, director Justin Lin and co-writers Simon Pegg and Doug Jung talking about how the movie came to be and how they were able to contribute to make this film extra special. As most know, not only did Leonard Nimoy pass away just prior to filming, but Anton Yelchin, who plays the young, enthusiastic Chekov, died in a freak accident just over a month before the film’s release in theaters. A featurette to honor their memories is called For Leonard and Anton.

Other special extras include a hilarious gag reel, three deleted scenes and featurettes titled Enterprise Takedown: Destroying an Icon; Divided and Conquered; A Warped Sense of Revenge, which tells us about the villain Krall’s backstory; Trekking in the Desert: On Location in Dubai; Exploring Strange New Worlds, which takes you on a tour of the production sets with director Justin Lin; New Life, New Civilizations goes into the special effects of creating 50 new alien species for the film in celebration of Star Trek’s 50th Anniversary; and To Live Long and Prosper: 50 Years of Star Trek, which takes viewers through the evolution of Star Trek from its creation on television 50 years ago. 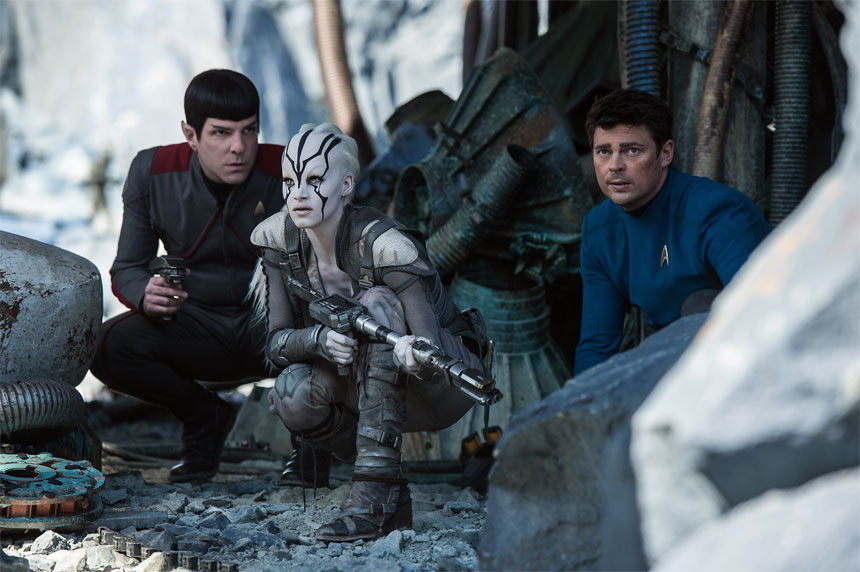