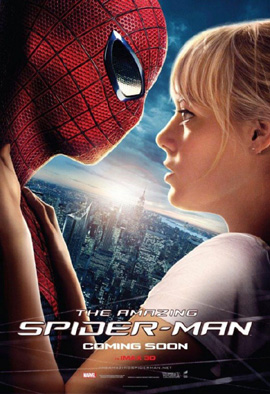 Many people criticized Marvel’s decision to re-launch a fairly recent franchise, but it seems as though it has paid off. The Amazing Spider-Man broke the record for a Tuesday film opening with $35 million yesterday, a record that was previously held by Transformers with $27.9 million (in July 2007). The previous Spider-Man trilogy, which was directed by Sam Raimi and starred Tobey Maguire and Kirsten Dunst, ended a mere five years ago in 2007, and now the leading roles have been recast with Andrew Garfield and Emma Stone under the direction of Marc Webb. Original projections estimated The Amazing Spiderman to net $120 million in its first six days of opening, but these numbers are likely to be much higher now considering the unexpected success of the opening night. Reviews coming in from viewers are generally positive and ratings are high, indicating that movie attendance for the film is unlikely to drop any time soon. ~Stacy Raivich