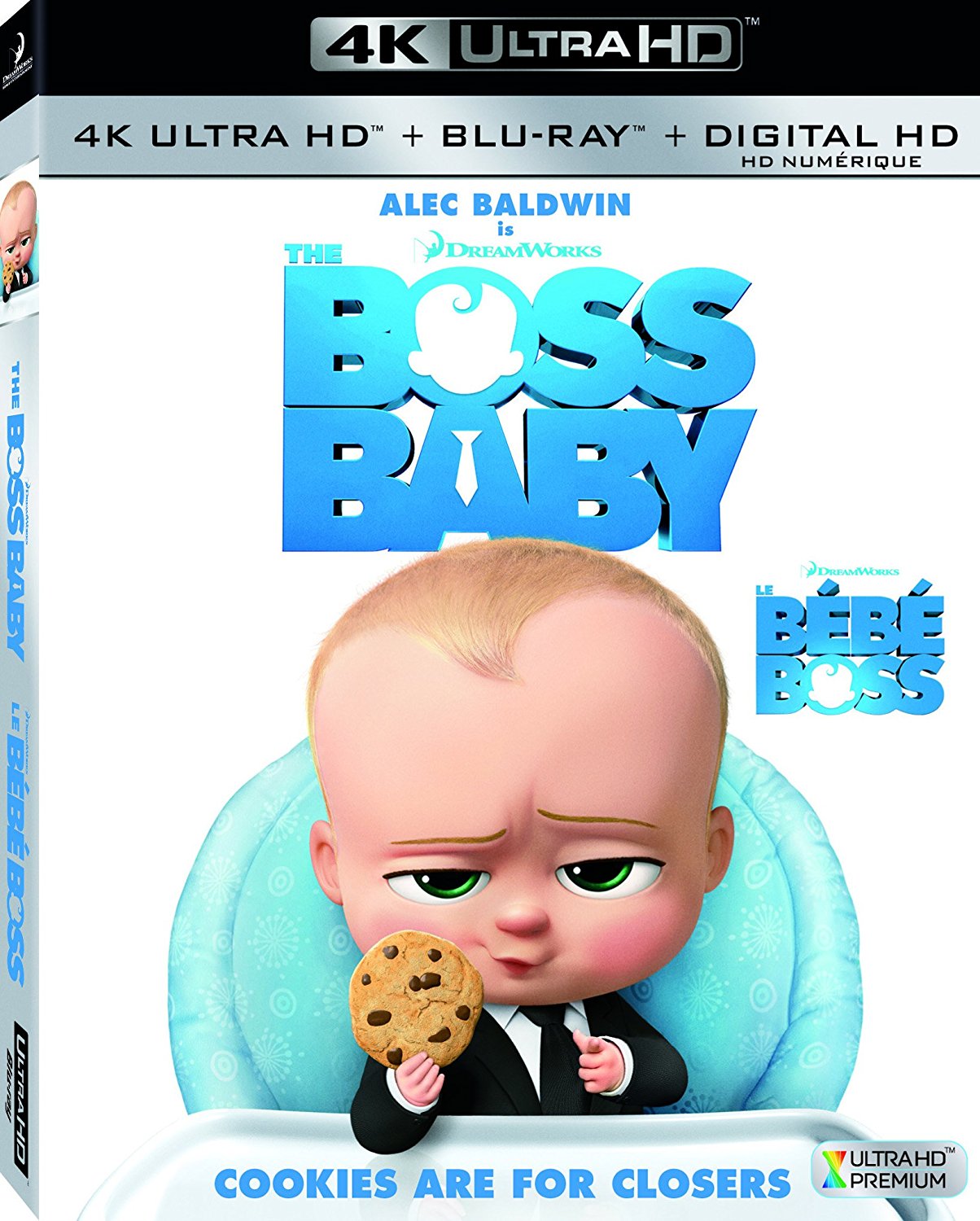 There are a select few animated movies that I absolutely love watching again and again. I’m happy to report that The Boss Baby is definitely one of them.

The film opens with a funny montage showing where babies come from. Hang on, it’s not what you think. Babies are assembled at a baby-making factory with assembly lines. The really adorable kids are assigned to a family, whereas the others are sent to work at the factory’s office.

Tim (Miles Bakshi) is a seven-year-old boy with an overactive imagination. As the only child, he loves the attention he gets from his parents.

One day, a baby (voice of Alec Baldwin) arrives at Tim’s doorstep. The baby gets out of a taxi and walks straight to the house, shocking Tim. Wearing a suit and carrying a briefcase, this Boss Baby clearly is more than just a diaper baby.

In reality, Boss Baby has been sent by Baby Corp. to investigate and put an end to Puppy Co., an organization that is launching a “forever puppy” to replace babies. As his parents grow closer to the baby, Tim feels left out. Boss Baby tries to focus on his mission, while Tim comes up with a plan to get rid of his new baby brother.

I did not expect to enjoy this film as much as I did. As an oldest child, I completely related to Tim. The film has enough jokes and dry humor to entertain not only kids, but adults as well. Occasional sarcasm was most welcome and will make you laugh out loud.

The sibling rivalry plot is relatable, the animation is adorable and the storytelling style is downright hilarious. If you have siblings, you will completely relate to either Tim or the bossy baby.

Alec Baldwin knows how to bring out the best in every character he portrays, whether in a live action or animated film. His boss baby voice is on point and as his character evolves through the film, his voice also gets a tad more mature and emotional, as he begins to feel more like a sibling towards Tim.

The Boss Baby Special Edition comes loaded with bonus features including the new Mini Adventure, a three-minute journey through time featuring Boss Baby and Tim, The Forever Puppy Infomercial, BabyCorp and You, Babies vs. Puppies: Who Do YOU Love?, The Boss Baby’s Undercover Team, Cookies are for Closers: Inside BabyCorp, a behind-the-scenes with director McGrath, and The Great Sibling Competition in which the cast and crew discuss their sibling rivalries at home. ~Marriska Fernandes