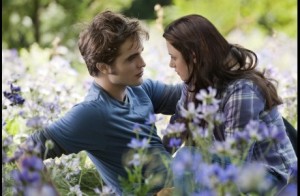 Although critics didn’t love it, the people just might. Twilight Eclipse received eight nominations from the People’s Choice Awards, the awards show that allows viewers to nominate and vote for their favorite films, musicians and television shows. Held in Los Angeles, the 2011 People’s Choice Awards will pit Twilight Eclipse in the Favorite Movie category against Alice in Wonderland, Inception, Toy Story 3 and Iron Man 2.

Twilight’s stars, Kristen Stewart, Robert Pattinson and Taylor Lautner were nominated for Favorite Actor and Actress, and will face competition from the likes of Angelina Jolie, Johnny Depp and Leonardo DiCaprio among others. Seen as an alternative to the stuffy Academy Awards, the People’s Choice Awards is notable for having such categories as Favorite TV Guilty Pleasure (Jersey Shore has got to be a shoe-in) and Favorite TV Doctor. Tune in January 5 to see who takes home the awards.