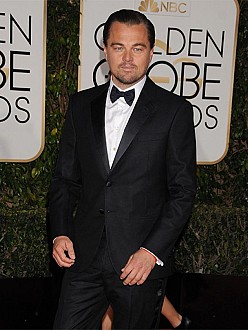 The Revenant was the big winner at last night’s Golden Globes.

The adventure thriller – which stars Leonardo DiCaprio as frontiersman Hugh Glass, a man on a desperate bid to be reunited with his family after being left alone in the wilderness following a bear attack – picked up the big prize of the night, Best Picture (Drama).

There was also an award for film’s director Alejandro González Iñárritu while leading man Leonardo also picked up the award for Best Actor (Drama).

In his acceptance speech, the 41-year-old actor told the crowd: ”I want to share this award with all the First Nations peoples represented in this film and all the indigenous communities around the world. It is time that we recognize your history and that we protect your indigenous lands and corporate interests. It is time that we protected this planet for future generations.”

Kate Winslet secured the fourth Golden Globe of her career, this time the Best Performance by an Actress in a Supporting Role in a Motion Picture, for her portrayal of Joanna Hoffman in the Steve Jobs biopic.

In her speech, she spoke of the ”girl power” in Hollywood and praised fellow actress and Golden Globe nominee Cate Blanchett for her distinguished and long-running career.

She shared: ”I really am so shocked right now. So shocked! I’m never ever going to get used to it. I’m standing here, thinking really this is not happening. I honestly, truthfully did not expect this at all.

”A lot of us out there still in the game. I’ve been doing this for 23 years, Cate Blanchett probably longer. There’s a real sense of girl power this year.”

Other notable winners were pop sensation Sam Smith, who received the Best Original Song award for his Spectre theme “Writing’s on the Wall,” and Lady Gaga, who won Best Actress (Limited Series or TV Movie) for American Horror Story: Hotel.

Full list of winners at the 73rd Golden Globe Awards:

Best Animated Feature Film – ‘Inside Out’