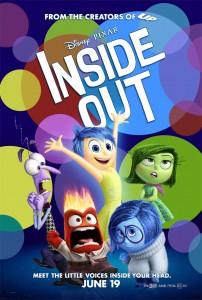 This week we have 11 new trailers for your viewing pleasure. With everything from drama to comedy and animated to action, there’s sure to be something that interests you!

Inside Out: Riley (Kaitlyn Dias) is a young girl guided by her emotions: Joy (Amy Poehler), Anger (Lewis Black), Fear (Bill Hader), Disgust (Mindy Kaling) and Sadness (Phyllis Smith) — which live in the control centre in her mind. Her life becomes uprooted when she has to move to San Francisco for her father’s job.

Saint Laurent: For you fashionistas, this drama follows the life and story of fashion icon Yves Saint Laurent.

Tomorrowland: A former boy genius (George Clooney) and an intelligent, optimistic teen travel in search of a place somewhere between time and space, where their actions change not only them, but the world.

The Forger: An artistically skilled thief (John Travolta) buys his way out of prison so he can spend time with his ill son. Together he and his father (Christopher Plummer) must unite to pull off the biggest heist of their lives and repay the conglomerate who financed his release.

The Gunman: Ex-special forces government contractor Jim Terrier (Sean Penn) suffers from PTSD and wants to settle down with the love of his life. His former organization, however, has other plans for him.

Woman in Gold: Maria Altmann (Helen Mirren) is a Holocaust survivor in her eighties. With her lawyer (Ryan Reynolds), she sues the government for the return of artwork stolen from her by the Nazis.

No Escape: After moving from America to overseas, Jack (Owen Wilson) and Annie (Lake Bell) frantically try to protect their family in a place where foreigners are immediately executed.

Big Game: When Air Force One is attacked by terrorists, the President of the United States (Samuel L. Jackson) parachutes out and lands in Finland, where he has to depend on a 13-year-old boy for survival. 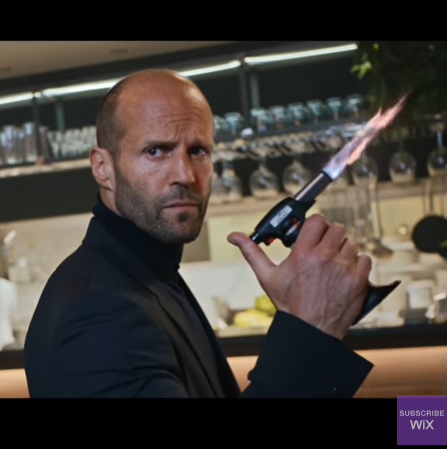 The Big Game: The best ads of Super Bowl LI

Super Bowl Sunday is only two more days away, and we’ve rounded up our favorite TV commercials that are set to premiere throughout the NFL’s biggest night.