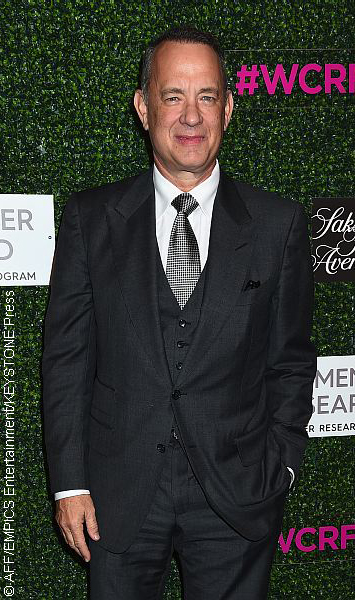 Highly respected for his work both in front of and behind the camera, it seems that there is nothing that Tom Hanks can’t do.

Perhaps this is why the actor is looking to take over the publishing world, with his first-ever novel scheduled to hit bookstore shelves Oct. 24, as announced Tuesday (Feb. 21).

Tom’s debut novel, titled UNCOMMON TYPE: Some Stories, will be a collection of 17 short stories. Each story will in some way be centered around a different typewriter. Tom is an avid collector of antique typing machines and owns over 100.

Knopf chairman and Editor-in-Chief Sonny Mehta, said in a statement: “I read a story by Tom in The New Yorker several years ago and was struck by both his remarkable voice and command as a writer. I had hoped there might be more stories in the works. Happily, for readers, it turns out there were.”

The novel has been a passion project for the 60-year-old Oscar winner that has been two years in the making.

Tom began writing in 2015, while traveling to many different film locations for his movies. “I made movies in New York, Berlin, Budapest, and Atlanta and wrote in all of them. I wrote in hotels during press tours. I wrote on vacation. I wrote on planes, at home, and in the office. When I could actually make a schedule, and keep to it, I wrote in the mornings from 9 to 1,” he revealed.

One of the stories the book tells is the tale of a newly-arrived immigrant who comes to terms with the destruction of a civil war in his home country. Another story focuses on a bowler who rises to sports fame after bowling a perfect game.

If Tom’s writing is anywhere close to being as amazing as his acting, then we’ll be sure to see him on the bestseller lists this fall. ~Ashleen Grange