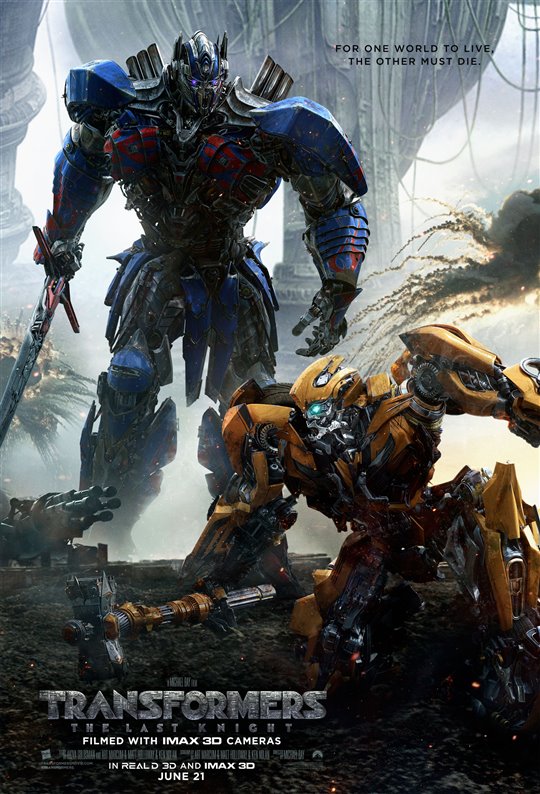 Autobots, Roll out! It’s the moment Transformers fans have been waiting for, with the release of Transformers: The Last Knight, which soared to the number one spot at the box office this weekend. Also, continuing to put up strong numbers at the box office was the animated racing film Cars 3, and the superhero flick that has everyone talking, Wonder Woman.

Transformers: The Last Knight starring Mark Wahlberg is the fifth installment for the franchise about robots. No stranger to strong debuts, it’s no surprise that the film managed to rake in $45.3 million at the weekend domestic box office. Our users have really enjoyed the movie, rating it 4.2 out of 5 stars.

Racing into second place over the weekend was Disney’s Cars 3, which is in its second week of release. The film brought in a solid $25.2 million at the box office, raising the domestic total to $99.9 million. The film has been generally well received from our users, who gave it a rating of 3.4 out of 5 stars.

Continuing to draw in moviegoers is the DC superhero film Wonder Woman, which has a hold on the third spot this weekend. This Patty Jenkins-directed film also managed to bring in $25.2 million at the box office in its fourth week of release, bringing the domestic total up to an impressive $318.4 million. Our users love the movie, rating it 4.6 out of 5 stars.

The underwater thriller 47 Meters Down managed to move up a spot this weekend. The film brought in $7.4 million, brining the domestic total to $24.3 million in its second week of release. Our users gave the film a rating of 4 stars.

Rounding out the top give was All Eyez on Me, a biopic based on the life of late rapper Tupac Shakur. The film took in $5.9 million at the box office in its second week of release, making the domestic total $38.6 million. Our users have rated the movie 4 out of 5 stars. ~Brenden Zerihun


47 meters down All Eyez on Me box office Cars 3 Transformers: The Last Night wonder woman