The new Disney+ series WandaVision is nothing like you’ve ever seen before from the Marvel Cinematic Universe. It’s a refreshing, bold and daring turn for Disney, and a welcome one at that.

The series is presented in sitcom style format with cheeky punch lines and canned laughter. The first episode starts in the late 1950s, presented in a black-and-white format. Newly married couple Wanda Maximoff (Elizabeth Olsen), a witch, and her android husband Vision (Paul Bettany), arrive at their new suburban home in Westview.

That evening, they entertain Vision’s boss, who has been invited for dinner at their house. While Wanda can’t cook, she certainly uses her powers to make a meal — at least she tries to. The second episode, which has a ’60s theme, shows the couple trying to charm their nosy neighbors by participating in a charity event. The third episode goes straight into full-blown color of the ’70s and leaves you in suspense as more strange events happen — which we can’t give away.

Even though our superheroes are sort of trapped in the world of a fictional TV show, there are cracks that hint at the larger mystery as to how and why they got here.

For instance, a colored helicopter in an otherwise black-and-white screen appears and stuns Wanda, and there are noises that can’t be explained.

The fact that Vision was killed in Avengers: Infinity War is not discussed and when the couple is asked about their histories, they seem to draw a blank. There’s clearly something bigger at play.

The half-hour episodes are a stellar homage to television history — always staying true to the sitcom format. There are even commercials, running gags and catchy theme songs with subtle Easter eggs to hint at what’s to come as we move forward in the series.

It was Elizabeth Olsen and Paul Bettany’s comic range that took me by surprise. They get to flex comedy muscles that otherwise went unused and/or unnoticed in the Marvel films. Seeing the goofy, charming and incredibly funny sides to their characters allows us to lean further into their story.

Those who loved Wanda and Vision in the Marvel films will enjoy this journey with them — I felt Wanda and Vision were a bit sidelined in the multi-cast films. Having had access so far to the first three episodes, I can’t wait to see how the mystery continues and if any other Marvel characters make a cameo in the series. ~Marriska Fernandes

WandaVision premieres January 15, with the first two episodes and then there will be a new episode every Friday. If you have seen the series and would like to review it yourself, click here. 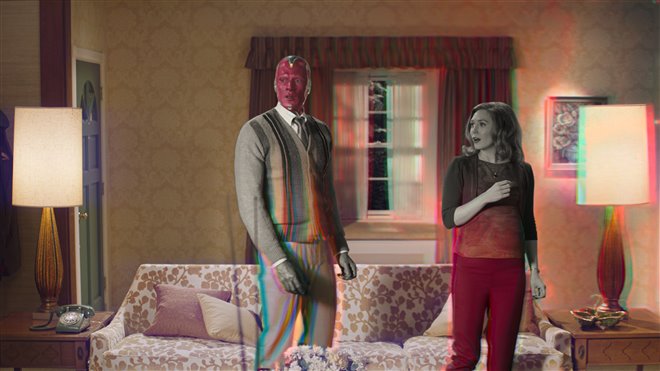 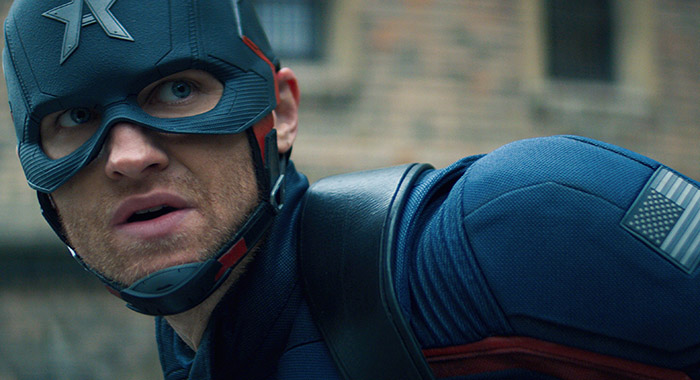