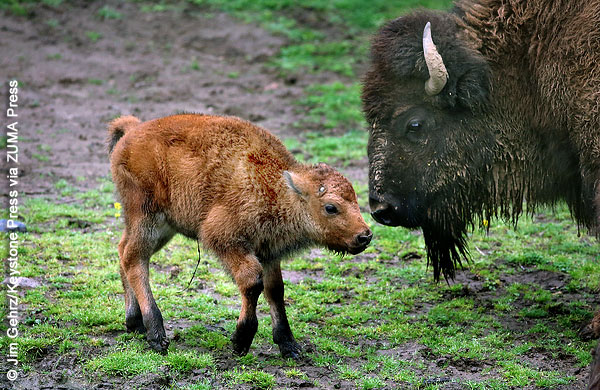 A movie company, Studio 8 Films, is currently under investigation following reports of five bison that were killed during production of the movie The Solutrean in Alberta.

The movie, a survival story set during the last Ice Age, required bison carcasses to be used as props during a scene. The film’s animal wrangler, John Scott, is being questioned as to whether or not he had the bison killed specifically for the movie. The American Humane Association strictly prohibits killing any animal for use in a film. Scott has numerous animal-wrangling credits to his name, including the films The Revenant and Night at the Museum 3.

Dwight Beard also works as a wrangler for local film shoots. He explained, “I was sent out to John Scott’s ranch to load some buffalo. When I got out there, the butchers arrived, the guys from Longview Beef Jerky arrived, and I watched them shoot and butcher four buffalo. Loaded them in my trailer and I hauled them to the movie set in East Coulee, Alberta.”

When asked if the bison could have been killed for another reason, Beard says it’s unlikely. In fact, Scott himself is reported as saying that he did nothing wrong even if he did kill the animals, saying, “The fact that I’m a bison producer and I have the right to sell my bison wherever I want is a legitimate statement.” Real animals were used instead of props because the film wanted “skin coming off, the hide coming off.”

The original complaint about the bison was made to the Alberta SPCA during filming near Drumheller. However, SPCA spokesman Roland Lines told us that although his group disagrees with killing an animal specifically for a movie, they have no legal authority to investigate because there was no indication that the bison had suffered while they were slaughtered.

However, the American Humane Association stated that if their investigation finds any wrongdoing, they will submit the evidence to the proper authorities.

No release date has yet been announced for The Solutrean. ~Natalia Makarski