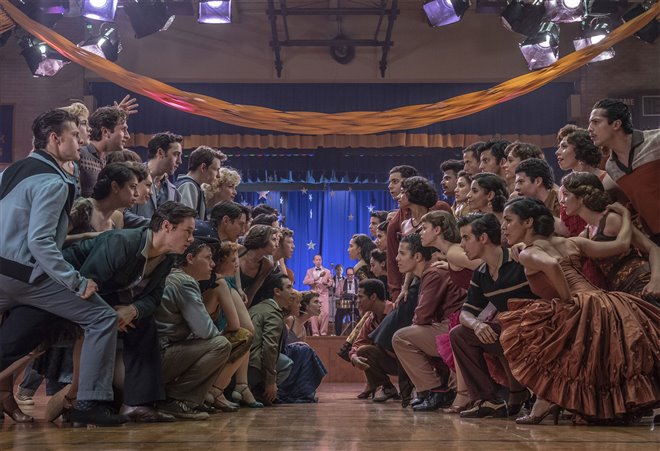 It’s normal for December releases to begin quietly and then ramp up throughout the course of the season. At the box office, musicals can be risky, but positive hype and familiarity can help them rise to the top. The Jets-Sharks rivalry has returned to the big screen after 60 years, and it tackles current themes while painting a picture of racial tension and reconciliation that resonate with today’s audiences.

The treasured musical romance and remake West Side Story stars Ansel Elgort and Rachel Zegler (in her film debut). Due to the pandemic delay, this is Steven Spielberg‘s first behind-the-screen project in four years. The film was well-received in theaters this weekend, comfortably taking first place with a domestic total of $10.5 million. Right now, this may be a source of concern for Disney and 20th Century Studios, since adapting Shakespeare’s love story cost $100 million. As the industry approaches the end of 2021, Hollywood will be closely monitoring West Side Story.

Disney’s Encanto dropped to second place this weekend. The family-themed film is projected to remain in the top five in the weeks leading up to Christmas. It earned an estimated $9.4 million more in its third weekend of release, for a total of $71.3 million.

Ghostbusters: Afterlife also fell a position from the previous weekend, landing in third place. After surpassing the $100 million mark last weekend, it made an extra $7.1 million, bringing its total to $112 million in its fourth weekend out.

The fourth-placed film House of Gucci starring Lady Gaga earned an extra $4 million in its third weekend, bringing its total to $41 million. In recent years, adult-targeted films have suffered, but House of Gucci in particular has demonstrated that with the right theme, older audiences — particularly female audiences — may be lured to watch the movie.

Eternals rounded out the top five, maintaining its place from the previous week. With $3.1 million in new revenues, the Marvel picture now has a six-week total of $161.2 million. ~Manal Amir