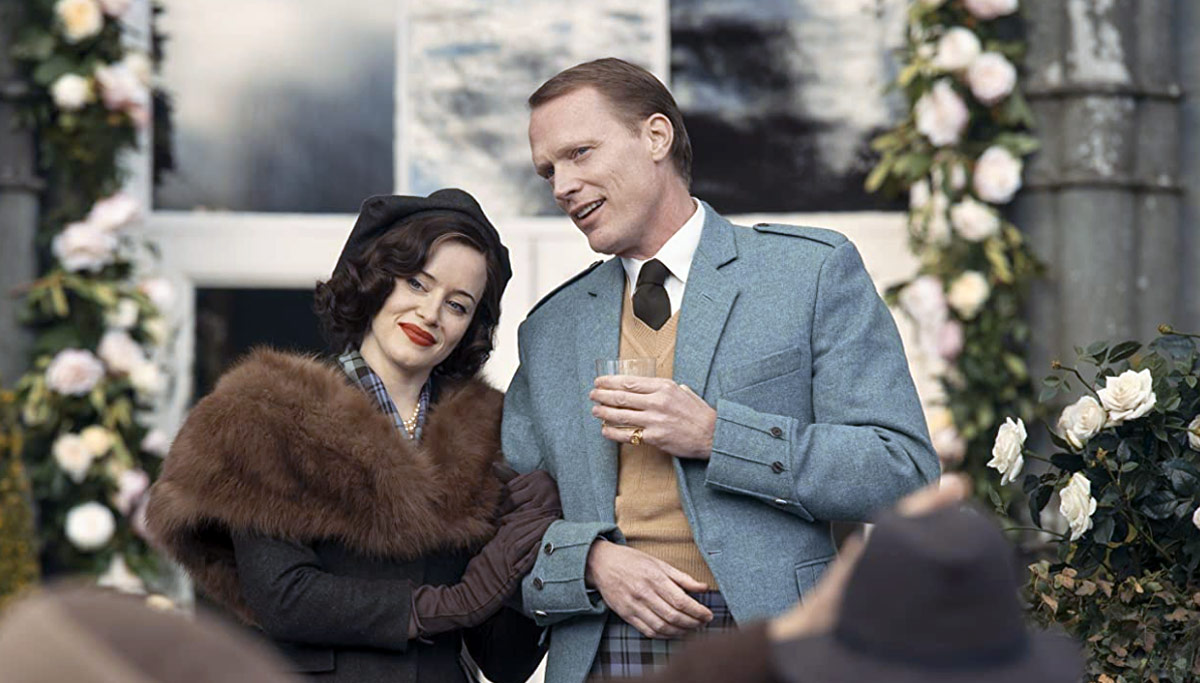 Find out what to watch this week on Netflix, Prime Video, Disney+, Apple TV+, BritBox, CBC Gem, Paramount+ and more, including A Very British Scandal starring Claire Foy and Paul Bettany, as well as what’s new on DVD and Blu-ray. Check out the full list below and watch the trailers. ~Alexandra Heilbron

White Hot: The Rise & Fall of Abercrombie & Fitch – Abercrombie & Fitch conquered malls in the late ’90s and early 2000s with gorgeous models, pulsing dance beats and a fierce scent. But while the brand was running white hot, its popular “all-American” image began burning out as controversy came to light surrounding its exclusionary marketing and discriminatory hiring. Debuts April 19 on Netflix.

A Very British Scandal – Following her divorce, Margaret Sweeny (Claire Foy), the only child of a Scottish millionaire, meets Ian Campbell (Paul Bettany), who’s destined to be the next Duke of Argyll, on a train. Although Ian is married, with two sons, Margaret begins an affair with him, and when Ian is divorced, they marry. However, he soon shows a side of himself that she hadn’t seen before, while Margaret turns out to be far more devious than he could have expected. Debuts April 22 on Prime Video.

Cyrano – Cyrano de Bergerac (Peter Dinklage) dazzles whether with ferocious wordplay at a verbal joust or with brilliant swordplay in a duel. Convinced that his appearance renders him unworthy of the love of the luminous Roxanne (Haley Bennett), Cyrano refuses to declare his feelings for her. When Roxanne falls in love with another man, Cyrano agrees to write love letters to Roxanne on his behalf. Available April 19 on DVD and Blu-ray.