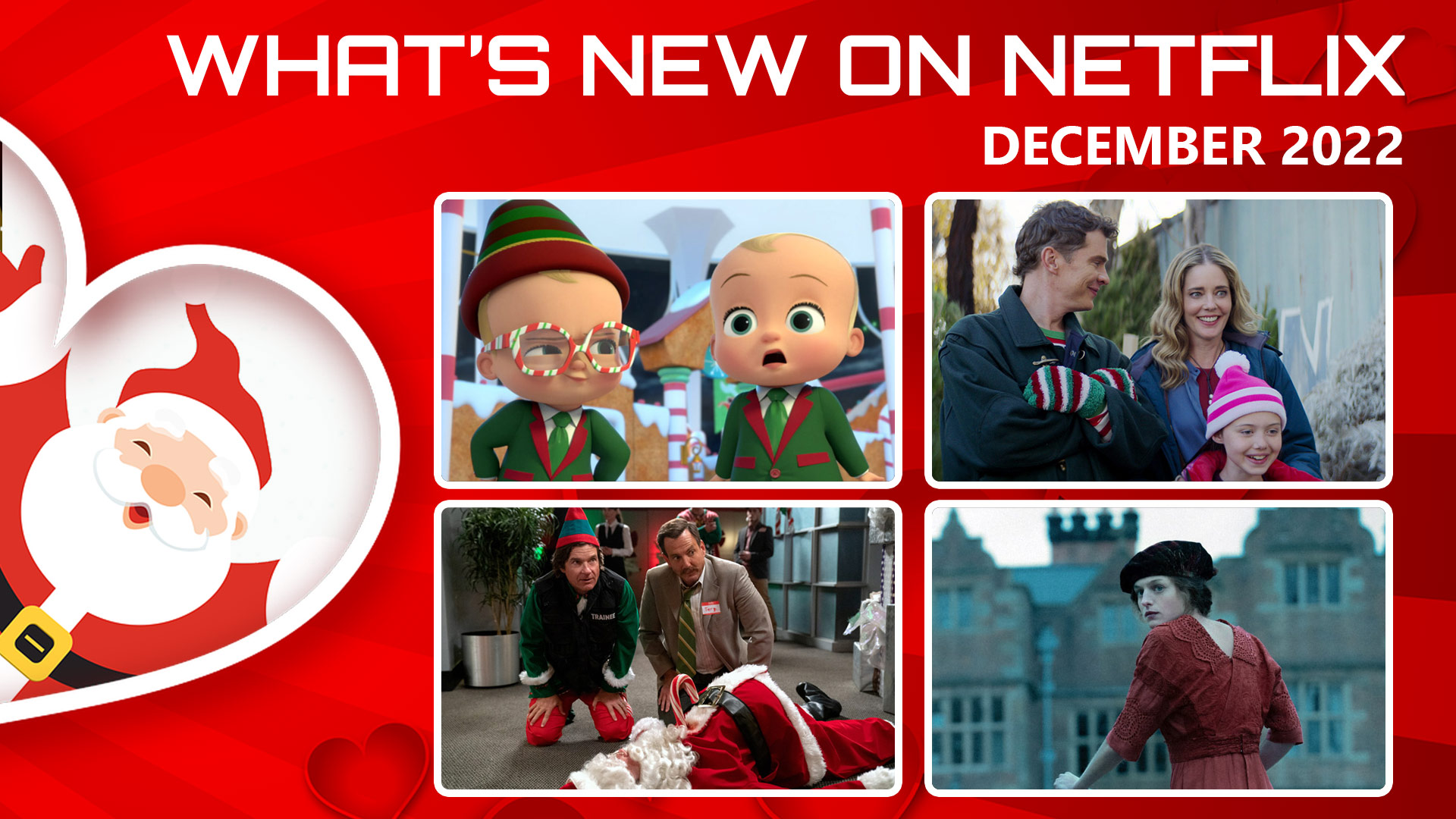 Netflix is offering plenty of Christmas and holiday entertainment this December, as well as some buzz-worthy films getting plenty of attention with the upcoming awards season, such as White Noise, Glass Onion: A Knives Out Mystery, Guillermo del Toro’s Pinocchio and Roald Dahl’s Matilda The Musical. Check them all out below and click here to scroll through our photo gallery to see the best of the original programming for this month. ~Alexandra Heilbron

Firefly Lane: Season 2 Part 1 – December 2
For Kate (Sarah Chalke) and Tully (Katherine Heigl), no obstacle is too big when it comes to their lifelong friendship. But is there one mistake that could tear them apart forever?

Who Killed Santa? A Murderville Murder Mystery – December 15
Senior Detective Terry Seattle (Will Arnett) is back and this time, the case is critical. Along with his two celebrity guest stars, Jason Bateman and Maya Rudolph, he is on a mission to figure out… who killed Santa? But here’s the catch: Jason Bateman and Maya Rudolph aren’t being given the script. They have no idea what’s about to happen to them. Together, with Terry Seattle (and many surprises), they will have to improvise their way through the case… but it will be up to both of them to name the killer.

The Recruit – December 16
A fledgling lawyer (Noah Centineo) at the CIA becomes enmeshed in dangerous international power politics when a former asset threatens to expose the nature of her long-term relationship with the agency unless they exonerate her of a serious crime.

Emily in Paris: Season 3 – December 21
A year after moving to Paris for her dream job, Emily (Lily Collins) arrives at a career and romantic crossroads that will force her to decide where her future lies.

The Witcher: Blood Origin – December 25
More than a thousand years before the world of The Witcher, seven outcasts in the elven world unite in a blood quest against an unstoppable power.

Scrooge: A Christmas Carol – December 2
On a cold Christmas Eve, selfish miser Ebenezer Scrooge (voice of Luke Evans) has one night left to face his past — and change the future — before time runs out.

I Believe in Santa – December 14
After five happy months dating Tom (John Ducey), Lisa’s (Christina Moore) horrified to learn he’s obsessed with her least favorite holiday. Is it time to give Christmas another chance?

Glass Onion: A Knives Out Mystery – December 23
In the follow up to Rian Johnson’s Knives Out, Detective Benoit Blanc (Daniel Craig) travels to Greece to peel back the layers of a mystery involving a new cast of colorful suspects.

Roald Dahl’s Matilda The Musical – December 25
An extraordinary girl (Alisha Weir) with a sharp mind and a vivid imagination takes a daring stand to change her story — with miraculous results. Meet Matilda.

White Noise – December 30
Dramatizing a contemporary American family’s attempts to deal with the mundane conflicts of everyday life while grappling with the universal mysteries of love, death, and the possibility of happiness in an uncertain world. Based on the book by Don DeLillo, written for the screen and directed by Noah Baumbach and starring Adam Driver, Greta Gerwig and Don Cheadle.

The Masked Scammer – December 1
Featuring interviews with his accomplices and victims alike, this deep dive explores how a master con man scammed French elites out of millions of euros.

Don’t Pick Up The Phone – December 14
This docuseries follows the investigation into a hoax caller who talked managers into strip-searching employees at fast food businesses across the United States.

Kangaroo Valley – December 14
In the Outback, a kangaroo joey named Mala faces famine, frosts and a pack of hungry dingoes as she endeavors to survive her incredible first year.

The Volcano: Rescue from Whakaari – December 16
Survivors’ and rescuers’ accounts and minute-by-minute footage fuel this gripping documentary about the deadly 2019 volcanic eruption in New Zealand.

I AM A KILLER: Season 4 – December 21
Premeditated deeds, tragic accidents or acts of self-defense? Murderers recount the harrowing crimes that landed them in prison with life sentences.

Mighty Express: Mighty Trains Race – December 5
Trouble on the tracks! Freight Nate gets tricked into participating in a high-speed race — with all the Mighty Express cargo cars at stake!

The Boss Baby: Christmas Bonus – December 6
Christmas Eve takes a twisty turn when the Boss Baby accidentally swaps places with one of Santa’s elves and gets stranded at the North Pole.

Sonic Prime – December 15
When an explosive battle with Dr. Eggman shatters the universe, Sonic races through parallel dimensions to reconnect with his friends and save the world.

December 6
The Boss Baby: Christmas Bonus
Delivery by Christmas
Sebastian Maniscalco: Is It Me?

December 7
Burning Patience
Emily the Criminal
I Hate Christmas
The Marriage App
The Most Beautiful Flower
Smiley
Too Hot to Handle: Season 4

December 16
A Storm for Christmas
BARDO, False Chronicle of a Handful of Truths
Cook at all Costs
Dance Monsters
Far From Home
Paradise PD: Part 4
Private Lesson
The Recruit
Summer Job
The Volcano: Rescue from Whakaari

December 20
A Not So Merry Christmas
The Seven Deadly Sins: Grudge of Edinburgh, Part 1

December 21
Disconnect: The Wedding Planner
Emily in Paris: Season 3
I AM A KILLER: Season 4

December 28
7 Women and a Murder
A Night at the Kindergarten
The Circle: Season 5
Stuck with You 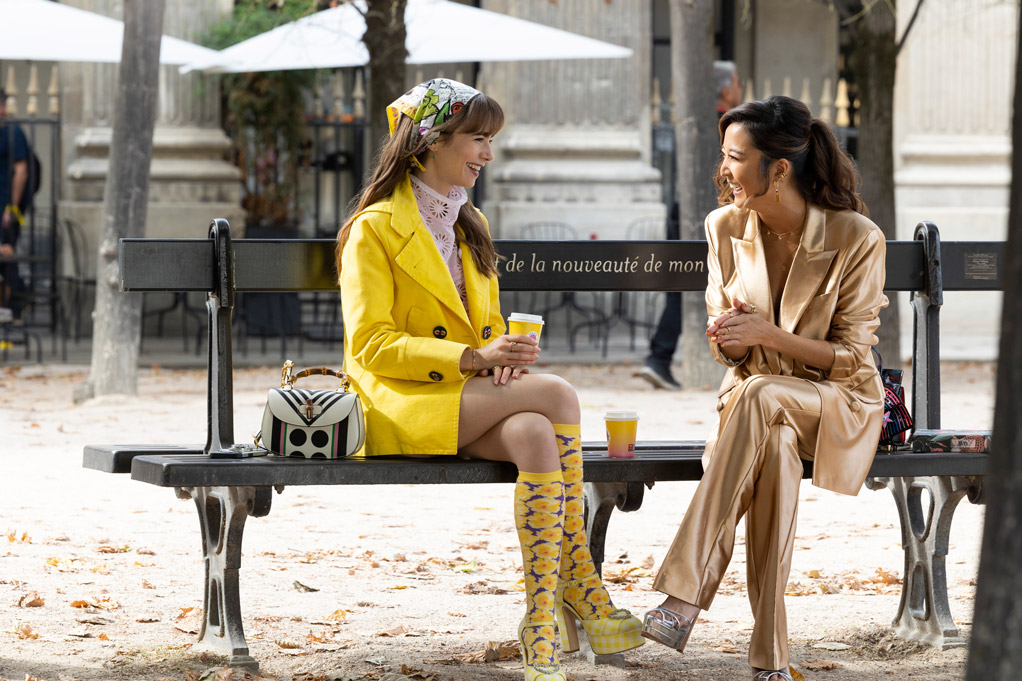