With spring just around the corner, Netflix’s offerings for the month of March are shaping up to be quite the thrilling collection of films and TV series. Netflix films Triple Frontier and The Highwaymen and the new series The Order highlight some of the original content coming out this month to keep audiences on edge. 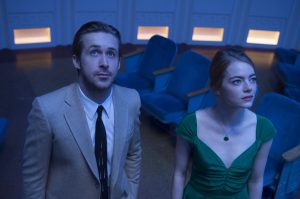 However, there is a healthy amount of uplifting and emotional stories to balance things out. Winner of multiple Oscars and my personal favorite, La La Land, and the inspiring story of The Boy Who Harnessed the Wind bring a lighter side to this month’s selection.

Whether you’re just looking for something to watch while you kick back and relax on the weekend, or binge watch over the course of spring break for school kids and college students, Netflix’s March slate has something for everyone to enjoy.

Kicking off the month is Chiwetel Ejiofor‘s The Boy Who Harnessed the Wind (Mar. 1). He is just the latest actor to try his hand behind the camera and early reviews have been positive. Following the true story of William Kamkwamba’s (played by Maxwell Simba) efforts to save his village by building a wind turbine he read about in a library book, the film promises an emotional and uplifting journey for both the boy and his father (Ejiofor).

Another intriguing supernatural series also on the horizon is The Order (Mar. 7). The series follows Jack Morton (Jake Manley), who is summoned to the underground magical society called The Order after he’s accepted into Belgrave University. He pledges himself to the society in order to avenge his mother’s death. 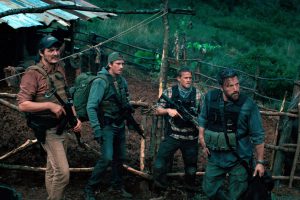 Perhaps one of the more interesting projects to come out this month is the comedy series Turn Up Charlie (Mar. 15). In it we get to see a different side to Idris Elba, who puts his real-life DJ skills on display. He plays Charlie, a struggling DJ and eternal bachelor who is given one final chance to achieve his dreams. The catch? He reluctantly becomes the nanny of his famous best friend’s problem-child daughter.

After nearly a year, the second half of Arrested Development’s fifth season finally hits Netflix (Mar. 15). The second half will look to pick up where the last episodes left off, continuing the misadventures of Michael Bluth (Jason Bateman) and his dysfunctional family. 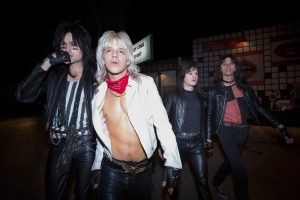 Director Jeff Tremaine, best known for the Jackass films, takes on a similar group of sorts in form of notorious rock band Mötley Crüe. This biopic, titled The Dirt (Mar. 22), is based on the no-holds-barred autobiography written by the band members and chronicles their rise to fame for their music, and infamy due to their behavior.

Netflix sends off the month with another potential heavyweight film in The Highwaymen (Mar. 29). Following their escape from prison, Governor Ma Ferguson (Kathy Bates) makes it a priority to catch the infamous criminals Bonnie and Clyde. This leads to former Texas Rangers Frank Hamer (Kevin Costner) and Maney Gault (Woody Harrelson) to come out of retirement and hunt down the pair. 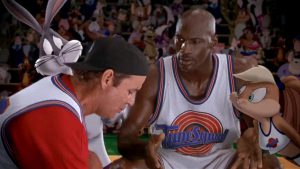 Possibly one of the most gimmicky films of all time, Space Jam (Mar. 1) is still a beloved movie and has a strong following. It speaks to the enduring legacy of not only its cartoon characters, but that of his Air-ness himself, Michael Jordan. With a sequel starring Lebron James set to begin filming this summer, revisiting this nostalgic classic from the ’90s is a must for the kid inside, as well as new generations.

Stop-motion animation house Laika’s Oscar-nominated film Kubo and the Two Strings (Mar. 23) follows a young boy named Kubo, son of a sorceress, who must embark on a quest to find a magical suit of armor worn by his late father in order to stop a vengeful spirit after him.

Unjustly overlooked during its theatrical run in late 2016, audiences will now get a chance to check out director J.A. Bayona’s A Monster Calls (Mar. 1). The film is a fantastical story about a young boy (Lewis MacDougall) who is sent to live with his grandmother (Sigourney Weaver) following his mother’s (Felicity Jones) terminal illness. With his father absent, he turns to the help of a tree monster (voiced by Liam Neeson) to help cope with the loss of his mother. 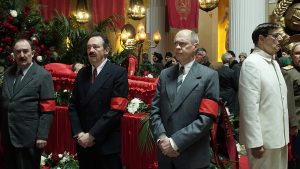 Snowpiercer (Mar. 31) ends the month with another spectacular and underappreciated movie, thanks in no part to its handling by The Weinstein Company for its U.S. theatrical release. The dystopian sci-fi film from Korean director Bong Joon-ho features a jaw-dropping ensemble cast headlined by the MCU’s Chris Evans and featuring Oscar-winners Tilda Swinton and Octavia Spencer as well as Oscar-nominees Ed Helms and John Hurt. Snowpiercer tells the tale of the last remnants of humanity surviving on a trans-global train and enduring an endless class struggle between those who live at the end of the train versus those that live at the front. ~Paolo Maquiraya

Here’s everything coming to Netflix this March.

March 21
Antoine Griezmann: The Making of a Legend – Netflix Original

March 23
Kubo and the Two Strings

Leaving March 31
Blade: Trinity
Clerks 2
Hairspray
Hanna
Lucky Number Slevin
Men in Black 3
Party of Five: Seasons 1-6
The Back-Up Plan
The Lord of the Rings: The Return of the King