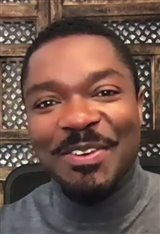 Born on April 1, 1976 in Oxford, Oxfordshire, England, David Oyelowo is of Nigerian descent. He graduated from the London Academy of Music and Dramatic Art (LAMDA), where he finished with honors, receiving the title of “Scholarship for Excellence” from Nicholas Hytner, Director of London’s National Theatre, in 1998. As a highly-respected actor in theatre, David’s best known role was his performance in 2000 as King Henry VI in the Royal Shakespeare Company’s productions of Shakespeare’s trilogy... See All