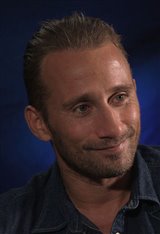 MATTHIAS SCHOENAERTS Date of Birth: December 8, 1977 Belgian actor Matthias Schoenaerts is the son of costume designer Dominique Wiche and Belgian film star Julien Schoenarts, who has been called "the Marlon Brando of Flanders." His parents never married and while growing up, Matthias alternated his time between his mother in Antwerp and his grandmother in Brussels. Matthias made his film debut at age 12 with a small role in the Academy Award-nominated film Daens, which starred his father.... See All