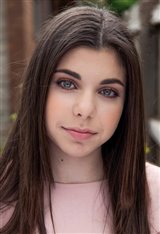 Abby Bergman is an Australian actress, best known for her role as Ava Andrikides on the popular Netflix series, The InBESTigators. Born in Melbourne, she lives there with her parents and older sister, Ella, who's a dancer. Prior to being cast on the show, Abby did some modeling and appeared in small roles, including an appearance on the Australian series House Husbands. In her spare time, she enjoys soccer, AFL footy, making TikTok videos and decorating. She would like to be an interior designer... See All