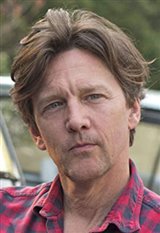 ANDREW MCCARTHY Date of Birth: November 29, 1962 Andrew McCarthy brought a rare element of class to the Brat Pack. While socially, he was in with the rest of the crew living it up in L.A., on the screen he had a presence which always managed to bring an extra layer of depth to his characters. Born in Westfield, New Jersey, Andrew attended prep school before moving to New York University where he studied acting. He soon began acting at the Circle in the Square Theater and working in other theater... See All