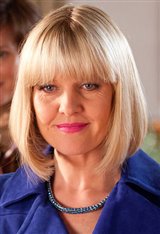 Ashley Jensen was born in Annan, Dumfriesshire, Scotland and raised by her mother. She wanted to become an actor from an early age, joining London’s National Youth Theatre when she was just 14. She went on to study drama at Queen Margaret University in Edinburgh. One of her biggest passions within acting is physical comedy. She credits the sitcoms she watched growing up for shaping the actress she is today. Other influences include Laurel and Hardy, Charlie Chaplin and Michael Crawford’s British... See All