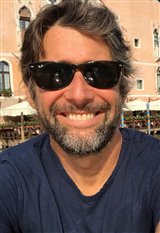 BART FREUNDLICH Date of Birth: January 17, 1970 Bart Freundlich grew up in Manhattan and graduated with a double major in Cinema Studies and Film and Television Production from New York University's Tisch School of the Arts. He wrote and directed the short film A Dog Race in Alaska (1993), starring Sam Waterston and James Waterston, followed by the documentary short, Hired Hands (1994). Freundlich wrote and directed his first feature length film, The Myth of Fingerprints (1997) when he was 26... See All