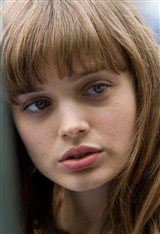 BELLA HEATHCOTE Date of Birth: May 27, 1987 After graduating from the Korowa Anglican Girls' School, Melborne-born actress Bella Heathcote made her on-screen acting debut in the 2008 Australian horror flick Acolytes. She then grabbed a recurring role on the popular Australian soap opera Neighbours — the same show that has launched the careers of many now well-known actors, including Margot Robbie. It was after starring in Neighbours that Bella received the 2010 Heath Ledger Scholarship,... See All