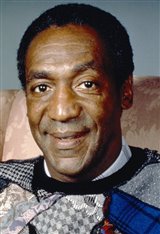 BILL COSBY Date of Birth: July 12, 1937 Bill Cosby was born William Henry Cosby Jr. in Philadelphia, Pennsylvania. He is a comedian/actor well known for his work on projects such as Fat Albert and The Cosby Show. After finishing 10th grade, Bill joined the Navy and later earned his high school diploma through a correspondence course. He would go on to attend Temple University on an athletic scholarship, but eventually dropped out to become a stand-up comedian. Bill’s first big break was in 1965,... See All