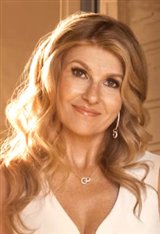 Born in Boston, Massachusetts, Connie Britton brings both her natural talent and charisma to television, creating memorable characters loved by many. Having been in the business for over 20 years, Connie has made both big and small screen appearances, but is best known for her role on Friday Night Lights as Tami Taylor. Connie is widely considered to be one of television's most talented actresses.

Connie began with the role of Laurel in the 1995 comedic play The Early Girl. That same year, she made her feature film debut with a role in The Brothers McMullen (1995). After the film's success, Connie moved to Los Angeles to further her career.

This led to her landing multiple roles on television shows, one of them being Spin City (1996-2000), where she starred alongside Back to the Future (1985) star Michael J. Fox.

Connie's portrayal of Tami Taylor boosted her to stardom. Her performance earned her multiple award nominations, and in 2010 she received the Satellite Award for Best Actress – Television Series Drama.

In 2011, Connie starred on American Horror Story: Murder House (2011) (originally American Horror Story), the first season of the popular franchise. Her performance as Vivien Harmon earned her a nomination for the Primetime Emmy Award for Outstanding Lead Actress in a Limited Series or Movie.

Following her work as Vivien Harmon, Connie moved to star alongside Hayden Panettiere on Nashville (Seasons 1-5) as Rayna James. The series allowed Connie to showcase her ability to sing, which earned her yet again multiple nominations, including recognition as a producer.

In her free time, she enjoys hiking, yoga, and doing volunteer work.