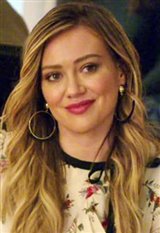 Born in Houston, Texas, Hilary Duff began performing professionally at age six with the Columbus Ballet Met touring production of The Nutcracker. When she landed a role in a television commercial soon after, she realized she'd found her passion in life and began auditioning for roles in earnest.

Her first acting role came at the age of nine in the TV movie True Women (1997), with Dana Delaney and Rachel Leigh Cook. Then, she landed the starring role as Wendy in the video release Wendy Meets Casper (1998). Hilary went on to win a Young Artist Award for Best Supporting Young Actress in a TV Movie for her role as Ellie in The Soul Collector (1999), starring Bruce Greenwood and Melissa Gilbert. In 2000, she made a guest appearance on the hit TV series Chicago Hope, then found herself with a starring role in her own TV series, Lizzie McGuire, which premiered January 2001 on The Disney Channel.

Realizing that they had a major talent on their hands, Disney signed Duff up to star in a TV movie called Cadet Kelly while on a break from Lizzie McGuire. Shown in March 2002, Cadet Kelly became Disney Channel's highest rated original movie ever, the top-rated movie on both broadcast and cable television for its premiere week and cable television's highest rated movie to date in 2002. In the latter half of 2002, Hilary travelled to Vancouver to film her first starring role in a major motion picture—Agent Cody Banks (2003), playing Natalie Conners, a popular high school girl who is pursued by Cody Banks (Frankie Muniz). She followed that up with The Lizzie McGuire Movie(2003), which follows the pursuits of the bubbly teenager as she goes on a vacation to Rome. In Cheaper By The Dozen (2003), Hilary played a middle daughter of Steve Martin and Bonnie Hunt, who have twelve children, and in A Cinderella Story (2004), she starred as a girl whose father dies. She later meets a boy (played by Chad Michael Murray) online, not realizing that he's her high school's popular football star.

One of her best-known films is the romantic comedy Material Girls (2006), in which she co-starred with her older sister, Haylie Duff.

Hilary made a return to television in 2015 on TV Land's romantic sitcom Younger, as Kelsey Peters. Hilary has enjoyed several award nomination for her starring role on the series. So far the series has enjoyed six seasons and has been renewed for another.

A talented singer, Hilary released her debut solo album, Metamorphosis, in 2003. It immediately went gold and her debut single, So Yesterday, hit the Top 40 charts at No. 1.

Hilary has several charities that she takes an interest in, and also puts in time as an animal rights advocate. She was a member of the 1998/99 Advisory Board of the Audrey Hepburn Children's Fund and a member of the 2001 Youth Advisory Committee of Kids With A Cause, a non-profit organization of celebrity children working to assist those less fortunate than themselves.

In 2004 Hilary released her own line of clothing and accessories, called Stuff By Duff. On August 14, 2010, she married Edmonton-born professional hockey player Mike Comrie and on March 20, 2012, she gave birth to their first child, a son named Luca. Unfortunately, the marriage ended in divorce less than four years later, in February 2016.