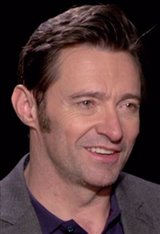 Acting was the last thing on Hugh Jackman's mind. Born in Sydney, Australia of English parentage, the youngest of five children, Hugh went to the University of Technology, intending to work in journalism.

"During my third year of a university journalism course in 1990, I suddenly learned that I had to do two more units in order to graduate. I was in the uni canteen with a friend, looking through the course list, and he said drama was an easy subject. So I said, 'Perfect! I'm in.'"

That year, the professor decided to have the play, The Memorandum, performed by the class. Hugh was chosen as the lead. At first he found the part daunting. 'I said to the teacher: "I really can't manage to play that part — but I'm happy to be involved backstage."' The teacher wouldn't have it. As Hugh worked through the process, he fell in love with stage and acting.

After obtaining his Bachelor of Arts (Communications), Hugh went on in 1991 to complete the one year course "The Journey" at the Actors' Center in Sydney. He then graduated from the Western Australian Academy of Performing Arts (WAAPA) in 1994.

At WAAPA, Hugh played many and various roles, including Romeo in Romeo and Juliet directed by Wayne Harrison, Abette in Tonight We Improvise, Maxim Gorky in Barbarians and Hugh in Translations. He also played a role in the television drama Quarantine produced by Channel 10 Perth.

He was then offered a starring role in the ABC TV prison drama Corelli (1995) opposite his future wife Deborra-Lee Furness. Several TV guest roles followed, as an actor and variety host.

In May 1996, Hugh completed 12 months playing the lead role of Gaston in the Australian Premiere Production of Walt Disney's Beauty and the Beast. For this role, he was nominated for a Mo award (The Australian Entertainment Mo Awards) for Best Actor in a Musical. He appeared as Joe Gillis in the Australian production of Sunset Boulevard. In 1998 he was cast as Curly in the Royal National Theatre's production of Trevor Nunn's Oklahoma.

Hugh earned an Australian Film Institute nomination for Best Actor in 1999 for Erskineville Kings. In 1998, he starred in the Aussie film, Paperback Hero, a romantic comedy. And in 2000, Hugh landed his first big budget film, the sci-fi summer sizzler, X-Men, playing the comic's most popular character, Wolverine/Logan, a short, quick healing Canuck with a set of strong metal claws who will take on anyone who ticks him off. The role made him famous worldwide.

He followed that up with the time travel romance Kate & Leopold (2001), showing his versatility opposite Meg Ryan. He went on to make his Broadway debut playing Peter Allen in The Boy From Oz, for which he won a 2004 Tony Award. He has also reprised his Wolverine role many times, including in X2: X-Men United (2003) and X-Men: The Last Stand (2006).

He has since provided the voice of the Easter Bunny in the animated feature Rise of the Guardians (2012) and for his role as Jean Valjean in the big-screen adaptation of the stage production Les Misérables (2012), he received a 2013 Academy Award nomination in the Best Actor category.

In 2013 Hugh starred in the action-packed X-Men spinoff The Wolverine (2013). The same year, he appeared in the drama Prisoners (2013) alongside Jake Gyllenhaal, Viola Davis and Melissa Leo. He played villains in Pan (2015) and Chappie (2015), as well as coach Bronson Peary in the biopic Eddie the Eagle (2016).

Again reprising his role as Wolverine, Hugh starred alongside Patrick Stewart in the action drama Logan (2017). Changing genres, he returned to his musical theater roots by starring in The Greatest Showman (2017), which went on to become a huge hit, with rumors that it may wind up as a Broadway musical. Changing genres again, Hugh starred as Senator Gary Hart in the political drama The Front Runner (2018), as a man whose political career is ruined after he has an affair.

Hugh has also provided voices for a number of animated films, including the recent Missing Link (2019).

Hugh and his wife have one son, Oscar, whom they adopted as a baby in May 2000 and a daughter, Ava Eliot Jackman, adopted in July 2005. In 2006 Hugh was chosen as Male Star of the Year at the ShoWest Convention (renamed Cinemacon in 2011). He's also been one of People magazine's "50 Most Beautiful People in the World" five years in a row and in 2008, was named People Magazine's "Sexiest Man Alive."