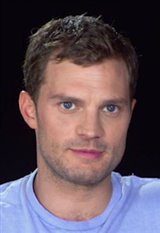 Jamie Dornan was born in Belfast, Northern Ireland and led a relatively quiet life as a child. His father was an obstetrician and his grandparents on both sides of his family were Methodist lay preachers. The conservative streak in his family had an effect on his upbringing, as he attended Methodist College in Belfast while growing up. His mother passed away when he was 16. Jamie kept busy at school, playing rugby and participating in the drama department.

After a brief stint at Teesside University in Middlesborough, Jamie decided to leave education behind and move to London, where he became a fashion model. Jamie has posed for Calvin Klein, Armani, Dior and other powerhouse brands. He was also featured in GQ and Attitude magazines. His modeling career was a gateway into the acting world, and it wasn’t long before he started to train as an actor. Jamie made his acting debut in 2006, in Sofia Coppola’s Marie Antoinette opposite Kirsten Dunst. He also starred in 2009’s Shadows in the Sun alongside three-time Academy Award nominee Jean Simmons.

Most recently, James starred in the WWII thriller Anthropoid (2016) and mystery drama The 9th Life of Louis Drax (2016). He's reprised his roles in the Fifty Shades of Grey sequels Fifty Shades Darker (2017) and Fifty Shades Freed (2018).

Aside from acting and modeling, Jamie is also a musician. He performed with the folk band Sons of Jim, which toured alongside Scottish musician KT Tunstall before disbanding in 2008. He first met songwriting partner David Alexander while they were both attending Methodist College in Belfast.

The actor was romantically involved with Keira Knightley from 2003 to 2005 after meeting on the set of an Asprey photo shoot, and she proved to be his key into the acting world by introducing him to her agent at PFD literary agency. In 2013, he married English actress and singer-songwriter Amelia Warner, and they welcomed their first daughter shortly afterwards in November.