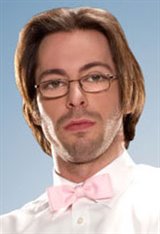 His parents are Jean St. James, an actress from Kansas, and James Schienle, an elementary school guidance counselor from Wisconsin. Martin’s breakout role was in the aforementioned Freaks and Geeks series by creator Judd Apatow, which ran from 1999 to 2000 and was a launching pad to stardom for much of its young main cast, including Linda Cardellini, James Franco, Seth Rogen and Jason Segel.

Following an appearance in the Will Ferrell comedy Kicking & Screaming (2005), Martin had a busy year with a recurring role as Mark Rubio in the TV mini-series Revelations, a guest appearance on How I Met Your Mother and a role in the indie comedy The Toast (2005).

The following year he would appear in the romance dramedy Good Dick before joining the MCU with an appearance in The Incredible Hulk (2008). He would continue his string of comedy films with Adventureland (2009), playing the character of Joel before making a minor appearance in the Ricky Gervais comedy The Invention of Lying (2009).

He next appeared on the comedy shows Dating Rules from My Future Self (2012), New Girl (2012), and Parks and Recreation (2012) as well as in the big screen rom-com Save the Date (2012). The next year found Martin making a number of cameos in multiple films including The Life Guard, Deep Dark Canyon and This is the End, while also landing his next recurring role on TV in Leo for 10 episodes of Burning Love.

Martin’s biggest break yet in awhile came in 2014 when he landed a leading role on HBO’s Silicon Valley, which is currently entering its sixth season. On top of this Martin would continue to find more work in 2014 to add to his resumé, including film roles in Dead Snow 2: Red vs. Dead, the Veronica Mars movie, Amira & Sam, and Playing It Cool.

He returned to the MCU in the role of Mr. Harrington in Spider-Man: Homecoming (2017), reprising his role for Spider-Man: Far From Home (2019).

Martin has also made appearances on TV shows such as Game of Thrones and Tacoma FD, and in films such as Silver Lake (2018). In his spare time, Martin enjoys playing basketball as part of a men's league that meets each Sunday.