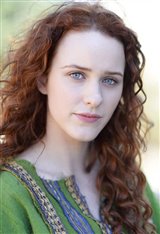 Rachel Brosnahan is an American actress best known for her work in the film Beautiful Creatures (2013) and the television series House of Cards (2013-2015) and The Marvelous Ms. Maisel (2017-present).

Rachel was born in Milwaukee, Wisconsin to a British mother and an American father. She also has a younger brother and sister. At the age of four, she and her family moved to Highland Park, Illinois, where she would develop an interest in acting and performing in musicals at Northwood Junior High. After high school, she went on to study at New York University's Tisch School of the Arts, graduating in 2012.

While still in high school, Rachel made her feature film debut in Michael Bay’s horror film The Unborn (2009). The same year, she appeared in the small budget film The Truth About Average Guys (2009). Afterwards, she would appear in small roles on television series such as Gossip Girl (2010), The Good Wife (2010), and CSI: Miami (2011). She then played a substantial role in the film Coming Up Roses (2011) opposite Bernadette Peters. Other popular series that she later appeared on include Orange is the New Black (2013) playing Little Allie, and Grey's Anatomy (2013).

Also in 2013, she appeared as Rachel Posner on the critically acclaimed Netflix series House of Cards, starring Kevin Spacey and Robin Wright. Her career was taken to the next stage, as her performance as Rachel Posner on the show earned her a Primetime Emmy Award nomination for Outstanding Guest Actress in a Drama Series in 2015.

In 2017, Rachel would be cast in the lead role of Miriam "Midge" Maisel in the Amazon Prime Video comedy series The Marvelous Ms. Maisel, set in the late 1950s. Although she is not Jewish, growing up in a Jewish community in Highland Park, Illinois helped her prepare to play Midge Maisel, a Jewish woman who gets married to a wannabe comedian, only to achieve success in the field herself.

During her acceptance speech at the 2018 Golden Globes, Rachel expressed how happy she was to work on the series, saying, “This is a story about a bold and brilliant and complicated woman, and I am so endlessly proud to be a part of it, but there are so many women's stories out there that still need and deserve to be told.”

Rachel played Ellie in Woody Allen's Amazon series, Crisis in Six Scenes (2016). Since completing the project, she told The Hollywood Reporter that she regretted working with Allen due to the sexual allegations surrounding him, saying "Honestly, it’s the decision that I have made in my life that is the most inconsistent with everything I stand for and believe in, both publicly and privately," she said. "And while I can’t take it back, it’s important to me, moving forward, to make decisions that better reflect the things that I value and my worldview."

While working on the series Manhattan in 2015, Rachel met fellow actor Jason Ralph. The couple have kept their relationship fairly private, only confirming their marriage in 2019, telling People, “We’ve been married for years and been together for even longer," she said. "We had a good laugh when the news came out that we had just got married, like 'Happy six-month anniversary, honey!”

Rachel hosted an episode of Saturday Night Live in 2019. More recently, she starred in the major feature film The Courier (2021) opposite Benedict Cumberbatch.

Rachel is the niece of the late fashion designer, Kate Spade. ~Sean Olegario