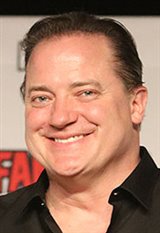 The son of a Canadian tourism official, Brendan Fraser was born in Indianapolis, Indiana and grew up in a number of European and Canadian cities. By the time he hit high school, Fraser's family had settled in Toronto, Canada. Pursuing drama at the Cornish College of the Arts in Seattle, Washington, he earned a fine arts degree with an emphasis on physical performance. He soon found steady work with local theaters, but Hollywood beckoned. So, in January of 1991, he headed for Southern California.... See All