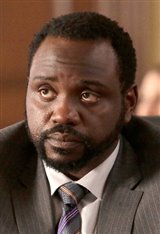 Brian Tyree HenryDate of Birth: March 31, 1982Brian Tyree Henry was born in Fayetteville, North Carolina. His siblings were all significantly older than him by 16, 15 and 13 years, and so he grew up in a house full of adults. After his parents separated, he lived with his father for a brief time.As a child, Brian leaned more towards singing than acting. He discovered his love for music when he began to play his parents' vinyl collection on his Winnie the Pooh record player. His house was also... See All