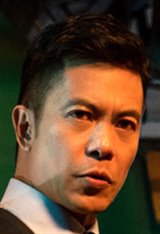 Byron Mann Byron Mann was born in Hong Kong to a dentist father and an American-Chinese mother. He began acting in community theater, then moved to California to attend UCLA, where he studied philosophy. After that, he earned his Law degree at USC Law School, and made his screen acting debut in the 1990 NBC TV movie Last Flight Out, which starred Richard Crenna and James Earl Jones. In 2018, he was cast in a starring role on the Netflix martial arts series, Wu Assassins. See All