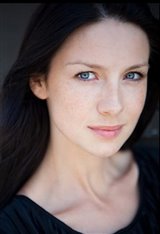 Born in Dublin, Caitriona Balfe grew up in Tydavnet, a village in rural Ireland. She studied drama at the Dublin Institute of Technology, but began her career as a model at the age of 17. After 10 years of runway shows, she decided to get serious about acting. Caitriona moved to New York City, where she began taking acting classes and worked as an extra in films. Her first film role was in the movie Super 8 (2011), playing Elizabeth Lamb. A few years later, in 2014, she landed the role she's... See All