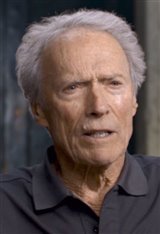 CLINT EASTWOOD Date of Birth: May 31, 1930 Born in San Francisco, Clint Eastwood worked as a logger and a gas station attendant, among other things, before coming to Hollywood in the mid-1950's. After his arrival, he played small roles in several Universal features. But he was soon dropped when some execs decided his Adam's apple was too big. He swallowed his pride and, over the next few years, he dug swimming pools between playing bit parts in movies and on TV. While visiting a friend at CBS,... See All