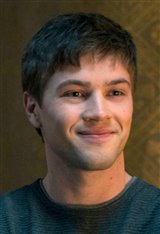 CONNOR JESSUP Date of Birth: June 23, 1994 Born in Toronto, Canada, Connor Jessup has a more diverse dramatic resumé than most actors twice his age. Known mainly for his breakout role in the television series Saddle Club from 2008 to 2009, Connor has accomplished a lot in his short acting career. With credits ranging from camera to producing and directing, he is well on his way to learning all there is to know about the world of film. At the early age of 16, Connor wrote his own short film I... See All