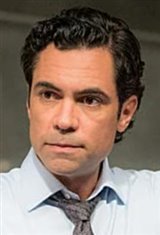 Danny Pino is best known for work on television in Law & Order: Special Victims Unit (2011-2015) and Cold Case (2003-2010). Danny was born in Miami, Florida, to Cuban parents. After graduating from Miami Coral Park High School he went on to study at the Florida International University, where he graduated from in 1996. Around this time, Danny began to develop an interest in becoming a professional actor, and joined New York University's Graduate Acting Program at the Tisch School of Arts.... See All