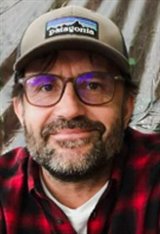 David Earl was born in England. Before being discovered by Ricky Gervais, David worked as a gardener and van driver. He first appeared as an obsessive fan on Ricky Gervais' 2006 television show Extras. Earl then created his alter-ego, Brian Gittins, a character that continues to pop up in his work. Earl has played versions of Brian Gittins in the film Cemetery Junction (2010) and on Ricky Gervais's television programs Derek from 2012 to 2014 and After Life from 2019 to 2022. Earl continues to... See All