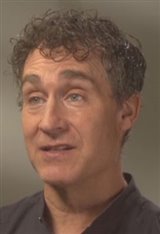 DOUG LIMAN Date of Birth: 1965 American director Doug Liman was born and raised in New York where he stumbled into film after his father's friend presented the family with a movie camera. While still in junior high school, Liman began making short films. He decided to pursue his hobby by studying at NYC's International Center of Photography while attending Brown University. During his time at Brown, he co-founded the student-run cable television station and served as its first station manager.... See All