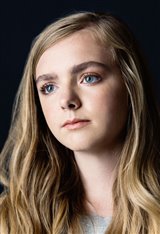 Elsie FisherDate of Birth: April 3, 2003Elsie Fisher was born in Riverside, California. An actress and a singer, her first work onscreen work was at age five, when she appeared in a guest role on the TV series Medium in 2009, followed by singing performances on the soundtrack for the animated series Masha and the Bear (2009 to 2012). In 2010, she voiced the youngest daughter Agnes in the animated motion picture Despicable Me, starring alongside Steve Carell. She reprised the role in the 2013... See All