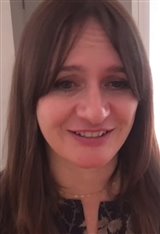 EMILY MORTIMER Date of Birth: December 1, 1971 Probably most well-known for playing Kat, Queen Elizabeth's hand-maiden who died in a poisoned dress in the critically acclaimed feature Elizabeth, British-born actress Emily Mortimer graduated from Oxford University in 1994 and went on to study acting at the Moscow Arts School of Theatre. She began her career performing in several acclaimed stage productions, including The Lights at the Royal Court Theatre and The Merchant of Venice at Edinburgh's... See All