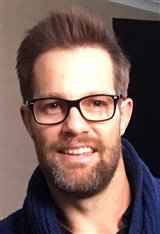 GEOFF STULTS Date of Birth: December 15, 1977 Geoff Stults was born in Detroit, Michigan, but raised in Pikes Peak, Colorado, where his family moved when he was five. His mother works with abused children and his father is an appliance repairman. After high school, Geoff landed a football scholarship to study at Whittier College in Whittier, California, where his younger brother and best friend, George, transferred after initially enrolling at the University of Southern Colorado. After... See All