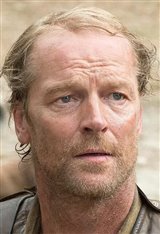 IAIN GLEN Date of Birth: June 24, 1961 This Edinburgh, Scotland native was educated at the Edinburgh Academy and University of Aberdeen. He continued to work on his acting skills while attending the Royal Academy of Dramatic Art in London, England. Following his graduation, where he won the Bancroft medal, he appeared on stage performing in such plays as Macbeth, and Henry V. In 1988, Glen landed his first screen role, as Carl Galton in the television series The Fear. From the experience he... See All