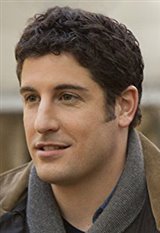 JASON BIGGS Date of Birth: May 12, 1978 Born in Pompton Plains, New Jersey, Jason Biggs began acting at the age of five in commercials and landed his first recurring television role when he was 13, on the sitcom Drexel's Class, starring Dabney Coleman. When the show folded after just one season, he made his Broadway debut opposite Judd Hirsch in the critically-acclaimed production of "Conversations with My Father." The show led to him being cast on the CBS daytime soap, As the World Turns. His... See All